I was looking forward to taking my girlfriend to Deia for the first time. She’s heard all about how magical the village is for me. Travel writers always have a slick sobriquet for their companion but I don’t. Take it from me, my girlfriend is lovely. And she has a nice, black sense of humour.

We came up from Palma. As we rounded the final corner before Deia, my girlfriend looked up at the church on its mount, stroked the non-existent hairs on her forearm and whispered “Darling, I feel something”.

My girlfriend raised a perfectly shaped eyebrow and laughed.

I laughed. “Perfecto,” I said.

Unfortunately, by the time we got to our hotel, my girlfriend was so ill I couldn’t show her my Deia. But, if she hadn’t spent the whole weekend in bed, these are some of the things we would have done. 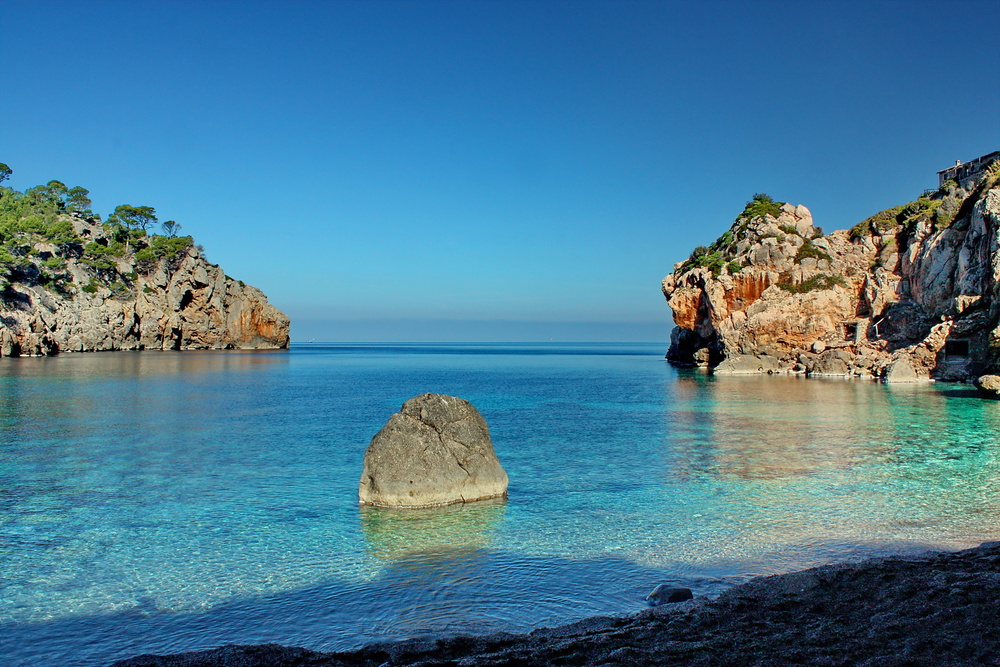 Swimming at the Cala

The best time to be at the Cala for me is early in the morning. We would have turned right at the Centre Holistic Deia and walked down the road to where it becomes a path.

I would have pointed out the gorge where Deia character Phil Shepherd fell over the edge drunk and spent all night holding onto one of the spindly trees growing out of the rock.

We would have swum out into the middle of the bay and, suspended in the crystal clear ocean, gazed back up at the village and the towering mountains and felt humbled.

By the time we walked back up to Deia we would have worked up an appetite for  breakfast on the terrace at Sa Font Fresca. We would have looked out at the valley we’d just climbed from the shade and felt very smug.

As we left the house, I’d have pointed down at the Cala and said “Nearly every day, until he was in his sixties at least, after he’d finished his morning’s writing, Graves used to walk down there, swim, and climb back in an hour or less.”

I can only hope my girlfriend would have been impressed.

We may well have also climbed up to the church to see Graves’s grave. I probably wouldn’t have been able to find the simple stone set into the ground with the word “Poeta” written on it while the cement was still wet.

After a siesta and dinner, we would have headed for Sa Fonda and sat outside under the stars listening to whichever band or DJ might have been playing that night.

Answers on a postcard

On my third trip to the shop for water and peach juice, I bought my girlfriend some postcards of Deia so she could at least pretend she’d seen something. She pointed at a picture of the Cala.

“I recognise this place,” she croaked.

“No,” she said. “It was in some interior design magazine.”