A conversation with Tomás GravesJuly 13, 2015

I meant to talk to Tomás Graves about his book Tuning Up at Dawn. But, he’s so full of stories and arcane knowledge that, as always happens, I ended up letting the conversation take its own course. 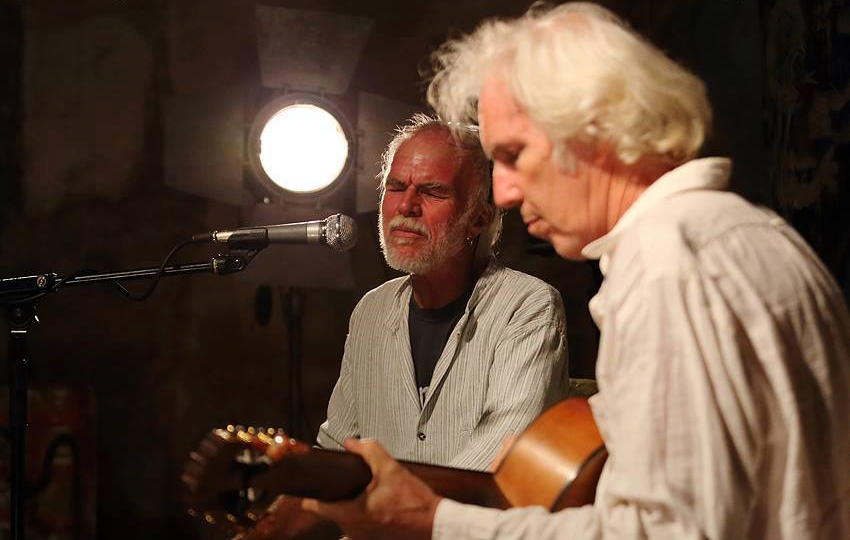 Did you always know you’d be a musician, Tomás?

Yes. I first performed aged nine or ten in one of the plays my father Robert put on to celebrate his birthday on 24 July. These always reflected satire, music, local gossip and world affairs in the context of what he was working on at the time: Greek myths, Balearic prehistory, the Sufis or whatever. It was in the early 1960s, around the time of West Side Story so I was a singing pre-juvenile delinquent washed up in Deià.

What shaped your musical tastes?

My older brother Juan introduced me to black and Afro-Cuban music. When I was at school in England, he’d ask me to pick him up records by people like Al Green, Curtis Mayfield, Santana, Fela Kuti and Hugh Masekela. That, and jamming with all kinds of musicians from jazz to rumba.

How did you come to join Pa amb oli?

Initially, I didn’t want to join. I’d just come back from Nicaragua and regarded rock music as counter-revolutionary. I was seduced into the band by Carmen, who became my wife, and, of course, Juan.

I edited the school magazine when I was 16 so I had lots of practice. But I was more interested in printing books by hand than writing them, until our New Seizin Press in Deià became economically untenable. Then I discovered a book that needed to be written: a set of instructions for people buying traditional houses. The original Seizin Press, founded by Robert and Laura Riding 1927, had aimed to print “necessary books for particular people” and I seconded that. I’m not a novelist. I want to write books that are useful.

The way I write is to find a subject like the Mediterranean diet, houses or music. I treat the theme of the book as two trees to which I can tie a clothesline on which to air out ideas.

I studiously avoided Deia for my first two books. In my third – Tuning Up at Dawn –  it was an unavoidable part of the plot.

I don’t really know how to begin the question “How do you feel about Deia?”, given that it was your home for so many years but…

To be honest, besides the physical place, Deià has always existed as a a virtual community and as such predated Facebook. I’ve heard about my next door neighbour’s illness via friends in New York. Here’s a good story.

In the 1980s, a Chinese woman lived here for a few years with her Australian husband before leaving for good. Sometime later, Mei Wah, who now runs Sa Cova, the terrific Chinese restaurant in Deia, was taking a party of high net worth tourists around China and picked up a trashy Chinese Peyton Place type novel in a hotel there. She started reading it and discovered it was all about the racy relationships between her friends in Deià, written by the only other Chinese woman to have lived in the village, and who hadn’t bothered to change any of the names! As the Spanish say, the world is a handkerchief, and full of snot! 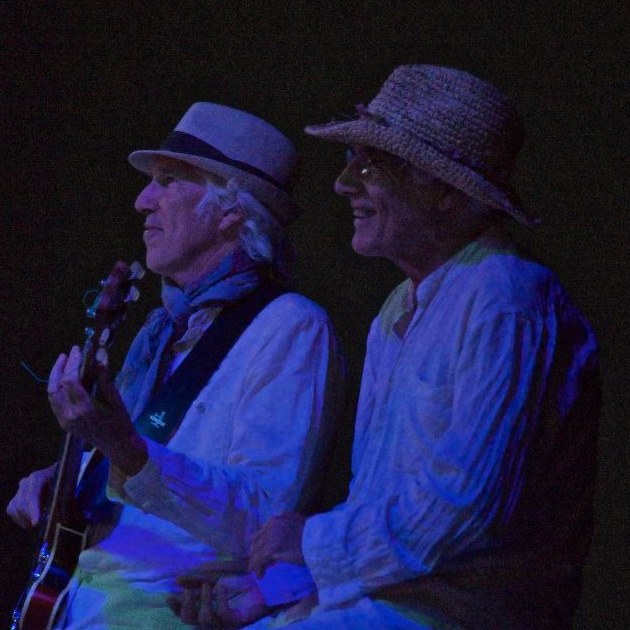 How about the mythological aspect of Deia?

People like you love to spread them, of course, and that’s fine. For instance, I’ve been told that Picasso was in Deia. He wasn’t but he did copy someone else’s drawings of the place so there you go. Nor is it true that Alec Guinness starred in any of the summer plays although he did visit a couple of times.

Many people repeat my father’s idea that the reason there are so many creative, strange people in Deia is because of the magnetic iron in the mountains. My brother William, a geologist, says there’s probably more iron in the buses that go through Deia than there is in the Serra de Tramuntana. Yet I find it as plausible an explanation as any other.

I’ve never been blasé about the people I’ve met here but neither do I get starstruck. The person I most enjoyed playing music with was Paddy Maloney of The Chieftains, a good friend of my father. Dominic Brown, who lived up in Fornalutx, was the Chieftains’ mentor and ran Claddagh Records; he produced a spoken word album of Robert singing and reading his poetry, called The Green Sailed Vessel.

Dominic, incidentally, was the brother of Tara Brown who famously “blew his mind out in a car”.

Do you feel Mallorquin?

Yes, as in “pertaining to Mallorca”. A lot of the older Mallorquins feel they don’t need to see the world because the world comes to them. I was always travelling to and from boarding school, and to touch base on my return I’d crush and sniff a lemon leaf or eat a pa amb oli. I believe in travel if you immerse yourself, get up at dawn to sniff around the market whether in Varanasi or Managua rather than stay in the hotel. But I also share the Mallorquin sense that it’s good to put your feelers downwards rather than outwards so I like to know fewer places intimately rather than lots of places superficially.

I also practice the Mallorquin remedy for claustrophobia.

I keep a part of the island as “uncharted territory”. There are places I’ve never been on Mallorca and I’m saving them for if I get claustrophobic and can’t leave for any reason.

I’ve been told many stories about Mallorquins who’ve never seen the sea. Why is that, do you think?

Up until the later part of the 20th century, Mallorquins regarded the coast as dangerous and, unless they were fishermen, useless. So why go?

How do you feel about Mallorquin culture today?

I believe Mallorquin culture is the key to survival on the island. The songs or refrains, for example, contain a lot of information. They’ll tell you what to do to if you want to saint so and so to help you and they also carry practical knowledge.

Mallorquin is a very rich language, especially the “shop talk” used in trades like fishing or construction. There are different terms for anything from the consistency of mortar to the kind of wicker used in a lobster net, for instance and these become metaphors.

So, you might say a woman is like a particular kind of reed used in a lobster pot because she’s especially strong yet flexible but the underlying message is that she can trap a man the way a good pot traps a lobster.

Root words in the culture are important for the survival of trades. If things change in the world, we have to make the most of what we have on the island. We have to remember that Mallorca’s dependence on the rest of the world is quite fragile – 98% of things come here by boat or plane. Can you imagine what would happen if that was cut off? We’d have to rethink everything or rediscover solutions from the past.

You play music as part of Pa Amb Oli Band and with Gus Pollard as Tomás con Gas, but what are your writing plans?

If it needs to be written, I’ll write it. And it won’t necessarily be a book, it could be a blog or an instruction manual. We’ll see.

Thanks, Tomás. Shame we didn’t have several hours more to talk.

Buy Tomás’s Bread & Oil: A Celebration of Majorcan Culture and Tuning Up at Dawn: A Memoir of Music and Majorca