Ever since he came to Deia for the first time in 2002, American musician Jay Ansill has been in love with the village. David Holzer talked to Jay about his music, his admiration for Laura Riding, his abiding love of Cheese and, of course, Deia. 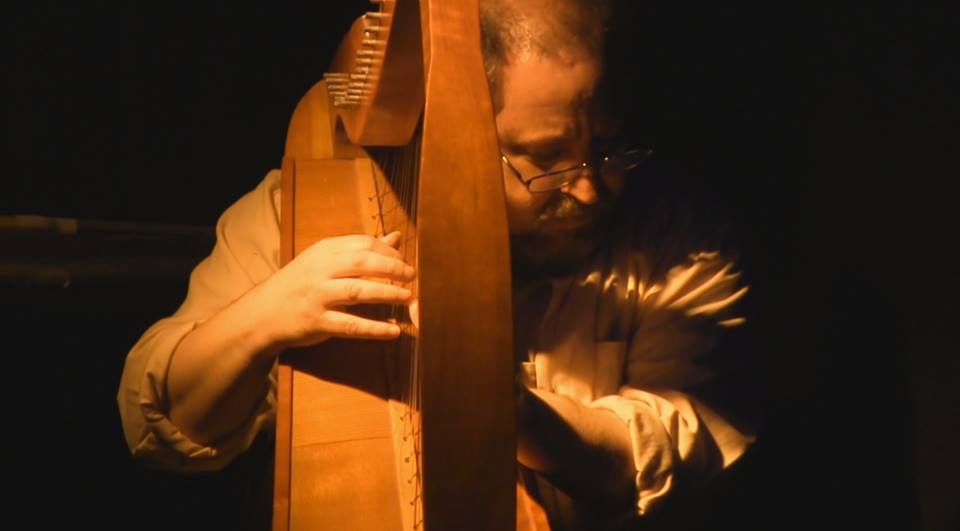 Can you tell me about your life as a musician, Jay?

What got me interested was the traditional music of the US, Ireland and British Isles. I came to it by way of musicians like David Bromberg in the US and The Incredible String Band in the UK, who were taking the music in new directions. I was also very inspired when American composer David Amram came to speak at my high school. I then spent years learning to play anything I could get my hands on. Eventually I concentrated on the fiddle, mandolin, Celtic harp and guitar. (One thing I’m very proud of is that I’ve performed with Amram, Bromberg and Robin Williamson of the Incredible String Band.)

In the late 1980s I started writing tunes, mostly for the harp. This led to an interest in composition and arranging. I’ve also done a lot of work with music in theatre and worked as a composer writing incidental music for plays. In the past few years I’ve become more and more involved in music production, recording a half dozen or so albums for other artists in my home studio.

One of the things that drew me to Deia was working on the CD I did of Graves poems. While working on that, Tomás and William Graves sent me some recordings which got me interested in Catalan music. I met Catalan singer Maria del Mar Bonet, who asked me to set Graves’s poem “A Secret Land” for her. But first it needed to be translated into Catalan, which Lucia Graves did. The setting came out on Bonet’s CD Terra Secreta.

How did you discover Deia and what keeps you coming back?

I knew about Deia from the work of Robert Graves and Laura Riding. I met various members of the Graves family at a conference in Oxford in ’95 and stayed in touch, particularly with Tomás. When my wife, daughter and I decided to spend a month in Europe in 2002, we visited Deia. Afterwards, I described the trip as “We did a bunch of things and then went to Deia”! Immediately, we felt at home in the village and not like we were tourists. I couldn’t get enough of the place! By the end of the five-day visit, we felt we’d made a number of good friends and wanted to come back as soon as possible.

The way I feel when I’m in the village.

Do you have any Deia rituals?

Driving in, I always keep an eye out for Canellun and a few other landmarks. We usually eat at the tapas place (El Barrigon Xelini) on the first night. We always make sure to visit the cemetery.

You’re a fan (if that’s the right word) of Laura Riding, how did that come about?

If you’re a reader of Graves, sooner or later you have to confront Laura Riding. I was drawn in by her intensity, although I can’t say I understood much of her poetry. I found her address in a book on contemporary poets and, on a whim, wrote to her and we corresponded quite a bit during the last seven years of her life. I even visited her in Florida on three occasions. I found her just as intense as I had imagined but she was also a sweet and generous friend.

Why do think Laura Riding’s so important?

Although she never liked being considered a “woman writer”, I think the fact that she was a woman (yet not writing as a “woman writer”) adds to her importance. It forced her to push through the various barriers that existed and made it possible for others to follow. But in the larger sense, her unflinching devotion to words and their meanings is something that deserves a deeper study and I think her ideas have actually had a strong influence on the literature of the 20th century. I also believe she’s yet to reach her highest level of popularity.

What do you like about making music in Deia?

One of my most gratifying visits was in 2014 when I played a concert with my friend Anne Hills as part of the Robert Graves conference. We played a bunch of my settings of Graves’s poems on the lawn at La Residencia.

It was really great for me because I had been telling Anne for years about Deia and now I was getting to show her the place and she completely got the indescribable magic of it.

But on a completely different level I really love that music is such a big part of the village. Since I come from a folk music background, I’m really drawn to these organic and informal get-togethers where everyone is welcome to be a part and share whatever they feel like. On every trip, there’s been at least one completely magical jam session, often more.

How did the splendid Cheese project come about?

It started as a joke really. I was on the road and it was one of those long, long drives through the night and I started thinking of that song “Seasons In The Sun”, which I always hated. Such an insipid melody and these ridiculous sentimental tear-jerker lyrics. I started thinking it would be hilarious if I performed this song and presented it as if it was the most profound piece of songwriting ever. Just for fun I made a few demos and discovered that people were having several reactions. First they would get the joke, but then they’d have these nostalgic feelings, and in many cases, hear the songs in new ways and change their feelings about them. Some of these songs really are beautifully constructed and arranged. When I’d mention the idea to musician friends, many asked if they could sing a particular song. So it kept building and building. I just released two CDs of material.

What’s next for Cheese?

The great thing about Cheese is that there’s a huge treasure trove of cheesy songs to include, so I don’t foresee a time when it will be finished. I have at least two CDs worth of material in the works and they just keep getting better and better.