Part of the pleasure of listening to the Book of AM was trying to identify on which parts Lali was singing. Phil’s gravelly croak brought back memories of the odd little songs he’d sometimes sing when he was in his cups. 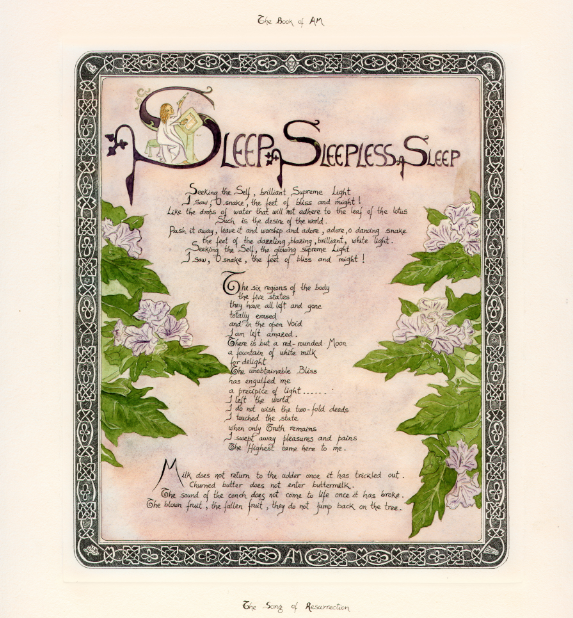 Whatever your taste, listening to the Book of AM inevitably conjures up a gentler, stranger, more romantic time when deep concept albums truly reflected the restless, endlessly searching, journeys of their creators, albeit in a charmingly ramshackle, eccentric way.

Today, when music is absolutely everywhere and has become pretty much leached of its power, the Book of AM is a poignant reminder of when the music mattered so much more.

In summer 1978, as a sequel to the original Book of AM,  the Book of Intxixu was recorded in the church of San Mateu in Ibiza. Grounded in Basque mythology and the European Moon Goddess tradition,  the Book of Intxixu featured the AM musicians, including Daevid Allen and Gilli Smyth. Again, Lali, who happened to be in Ibiza, added some backing vocals. (Leslie says that “Lali’s unique, stunning one-off recording of “The Song of Songs” will be one of the ‘bonus tracks’ when the 4 parts of Book of AM are issued as a complete package”.)

When Juan played those original recordings to Will Z, it was decided to invite his group, Cosmic Trip Machine, to add electric music. Both Daevid Allen and Gilly Smyth collaborated on the new recordings (vocals, glissando and space whisper) and these were completed  just before Daevid died this year . Everyone involved hopes they’ll find a sympathetic label to release the new Book of Book of Intxixu.

Epilogue I – where are they now?

Marc Argenter told me that a couple of labels were interested in reissuing all four parts of the Book of AM, along with a fifth LP of bonus material, unreleased out-takes and so on, presented in a wooden box. This will obviously be expensive to produce but when you think that the 1978 vinyl reissue of Parts I and II alone goes for 200€ online, it would probably be a wise investment.

Will adds that he’s received many requests asking for the complete Book of AM to be released. He’s looking forward to people being able to hear Parts I and II mastered and remixed from the original masters.

As Will says, “You can now hear sounds and lines you don’t hear in the 1978 release. Everything is clear and pure and you have a coherent sound across every Part. It will be the ultimate version of the project. The bonuses are wonderful too, especially unreleased songs with Carmeta and the complete 1977 session with Lali who, sadly, didn’t appear on the final recordings (her version of “Song of Songs” is incredibly beautiful!). But there is a risk producing such an expensive project like this – four LPs plus a book. The idea is for a coproduction between two or three labels but we’ll see if it will happen. Keep your fingers crossed, as we are, because this is one of the most beautiful folk projects that ever existed.”

Sadly, Carmeta Mansilla died in 2014. Deeply mourned, she was described by her fellow Book of AM musicians as the “owner of an amazing voice and perfect timing”, and as someone with a “vast and dramatic dynamic range” and as “fantastic; always smiling, laughing and telling amazing stories of her life”.

Will Z says simply “Carmeta will be forever in my heart. Recently, I met her children in Port de Soller and made them a promise: I’ll do my best to keep Carmeta’s music and voice alive.”

Will’s recently released album New Start is a project about reincarnation recorded with Juan, Leslie, Carmeta and Daevid Allen. “It is,” Will says, “the last time you’ll hear these great psych and folk musicians working together on new and original music”.

Jerry Hart felt so much at home in Deia he stayed on for almost five years. A few months after playing on Book of Am he joined Gong to play the Canet Roc ’78 festival in Barcelona and did a Spanish tour with Mother Gong while forming the legendary Sex Beatles with Hamish McDonald, Pa’amb oli’s Jordi Ramone and later Pere Colom. When, in the mid-90, he discovered how popular Book of AM  had become, he was “Very, very surprised. However, listening to it again still brings back the scent of olive wood fires, cheap Spanish cigarettes and the feeling of wonder that consumed me when I first arrived in the village.”

Juan Arkotxa and Leslie Mackenzie live in Scotland running a hill sheep farm and an Animation Studio which has become a Hostel and still make original music. The last time Juan and Leslie were in Deia was February 2013 when they were recording Carmeta’s vocals for Parts III and IV of the Book of AM  at her house in Soller. I asked Juan what he felt about Deia now and he wrote:

It still has a feeling of suspense,

A mystery to be revealed.

So much past behind those hewn stones,

But no signs left in the air.

Some clues attached on to the walls.

All of it under those high cliffs,

With storm music etched on their faces

All the way down to the sea

And that Dispassionate Moon…… 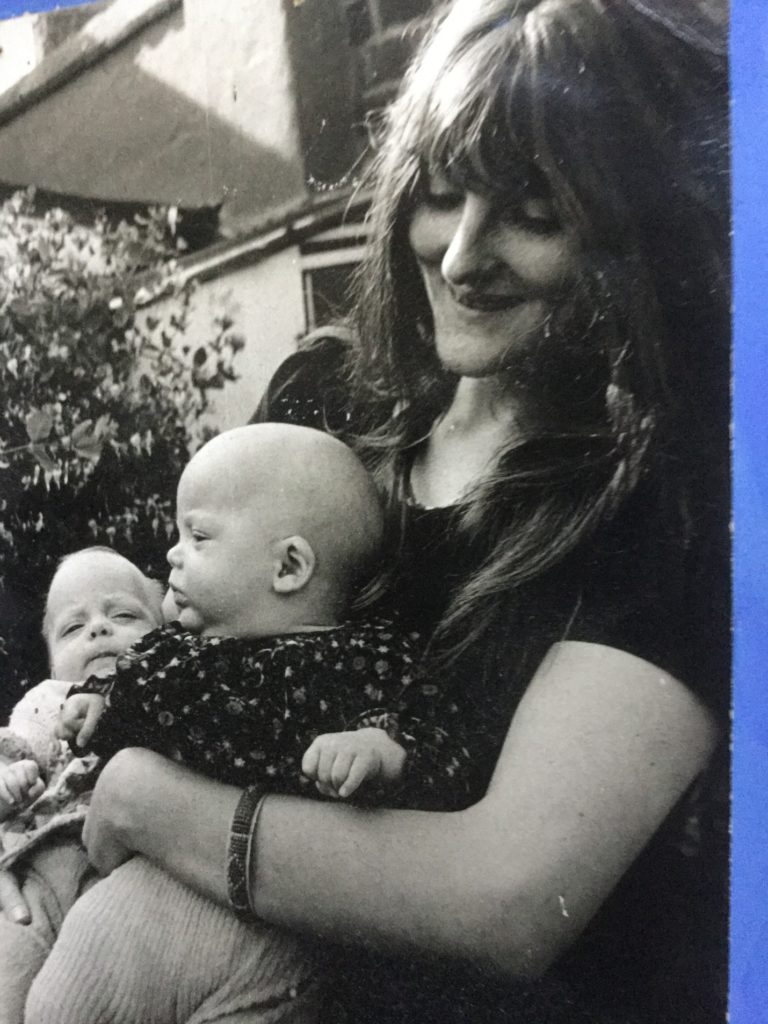 Epilogue II – once in a Blue Moon

As I write this, it’s 31 July and tonight is a Blue Moon.  I looked up what the Blue Moon symbolises and, on the Elephant Journal site, I found out that:

Everything from our past is about to be illuminated and areas that desperately need focusing on will be brought to our attention and during this blue moon, there will be no looking away.

We will meet with certain issues that have been haunting us face-to-face and rather than being fearful, we should see this as an excellent chance for growth and transformation.

As said at the very beginning,  part of  Lali’s magic for me was her voice. So much so that, since she died, I’ve been unable to listen to her. When Juan sent me an mp3 of Lali singing the “Song of Songs”,  my first reaction was fear. I knew I had to listen to it but I didn’t want to.

When I told my new love what had happened, she said “Darling, you have to listen to it. It’s a sign. The end of the story.”

So, tonight, under the Blue Moon, I will listen to Lali sing “Song of Songs” from all those years ago.