It’s been a great summer for music in Deia and it’s not over yet.  Mind you, isn’t every summer in Deia a feast of sonic indulgence?

S’Hortet has really come into its own and Tomás con Gas are playing there on 10 October. There have been a couple of great nights at the Deia Archeological Museum featuring musicians much-loved by the village community. But one thing has been missing. 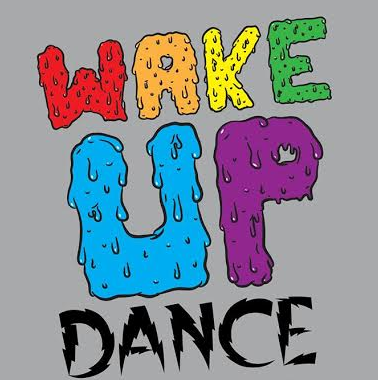 Wake Up Dance is back

After a summer in Alaro, where Wake Up Dance (I’m going to call it WUD from now on) gained even more followers, it’s back where it belongs at the Deia Cultural Centre (Sa Tanca) on the main street opposite Sa Fonda bar from Saturday 3 October.

I have to say that, on the face of it, WUD looks like one of the strangest of all possible ways to spend a Saturday lunchtime. Especially when you’re contemplating cavorting stone cold sober. But once you make it through the door, kick off your shoes and get lost in the music, grooving at WUD is the most natural thing in the world.

The beaming faces of your fellow groovers are often adorned with daubs of brightly coloured paint courtesy of woman whose name I can’t remember but who looks like a pixie and dances like one. There’s plenty of spontaneous hugging. And it’s impossible not to be uplifted by the eclectic sounds of Nin Petit.

WUD was Nin Petit’s aka Llewellyn Graves’s bright idea. In the years I’ve known him he’s morphed into a great DJ who keeps it funky while occasionally throwing something into the mix that sends your feet in a completely different direction. At a WUD session you’re likely to dance to anything from vintage hip-hop to Latin boogaloo to heavy metal to…

Brothers and sisters: I give you testimonials

Matthew Clark, enthusiastic Wake Up Dancer says, “In my opinion this is probably the best regular event in Mallorca. Llewellyn is a Master DJ with a wonderful following. It’s the perfect way to start your weekend. No drink, no drugs, great music and a crowd of over 100 people from three to 83 dancing to their heart and soul’s delight.”

Arianna Lucarella, another dancer, adds “It feels good and there’s no nonsense. Nothing’s asked of you. You simply wake up and dance. Everyone’s just doing their thing. And I love to see the women dancing in a web of grace, totally flooding the world with gorgeousness. I find the dance of the women so full of hope.”

Claim your free hug on Saturday

Along with the sounds, the energising healthy juices and delicious organic food, WUD will be offering free hugs to the first 100 people through the doors of Sa Tanca when they open at 11.30.

Don’t worry if you roll up a little later. WUD is such a love fest that you’re bound to get as much abrazos action as you can handle when the grooving really gets going.

Wake up Dance from 11.30 to 14.30 at Sa Tanca opposite Sa Fonda for the foreseeable future.

Wake up to Yellowman