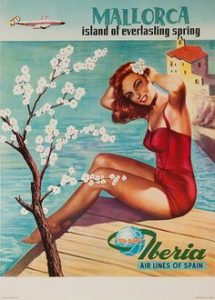 A friend of mine in England who’s been watching the BBC miniseries The Night Manager and was blown away by scenes shot down at the Deia Cala said to me ‘I didn’t realise the place was so beautiful. It should do wonders for tourism.’

‘The village gets all the tourists it needs,’ I said. Trying not to sound too sniffy.

A certain kind of gloss

I’ve only been coming to Deia for around twenty years, which makes me a relative newcomer. My connection with the village is the result of enormous good fortune, not great judgement or taste on my part. When I first arrived in the mid-90s, the village was still a little bit of a best kept secret. This was the legacy of a kind of embargo on writing about the place that existed on the part of travel writers. So, if you knew about Deia, you were really in the know.

Today, the main street has acquired a kind of patina of wealth, a sleekness. The slightest hold-up will cause an enormous tailback of shiny cars in either direction. (These always remind me of the processionarias, the moth caterpillars that appear on the island around this time of year and head in long nose to tail lines towards the pines and cedars. On their way to wreak havoc.)

But what is remarkable is the extent to which Deia stays the same. Especially if you’re drawn by the transcendent natural beauty of the place. I remember walking home from Sa Fonda to where I was staying late one night two or three summers ago and being amazed by the sheer stillness. The only sound I could hear was the mountains breathing.

As I’ve written before, I’ll never be able to decide whether Deia is magical or if those of us who love the place choose to make it so. I’m so familiar with what Robert Graves believed about the place that I can’t tell if I’m truly being myself when I wax poetic. But trying to pin down my own true feelings is enormously good fun and, apart from my friends, it’s the reason I return again and again. I’m not alone in this, I know.

One last thought. In 1946, after too long in exile, Graves was so desperate to return with his new family to the island he loved that he chartered a plane. This was the first civilian flight into Son Bonet, Mallorca’s original tiny airport. Unwittingly, Graves helped begin the mass tourism to Mallorca that we see today. 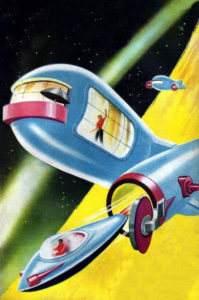