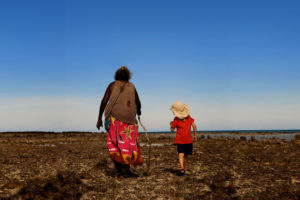 On Saturday 2 April, the remarkable, inspiring documentary movie Down to Earth will receive its Spanish premiere at the CineCuitat theatre in Palma, thanks to Soller-based social entrepreneur and creative activist Christer Söderberg.

The Down to Earth story

Dutch couple Rolf Winters and Renata Heinen were living in Upper Michigan. There they met one of the elders of a Native American tribe who is an “Earth Keeper” and spent four years learning from and filming him. Deciding there must be other Medicine Men and Women and Shaman in the world like their Earth Keeper, they took their three children, Zoeli, Skye and Lévy, on a year-long journey of discovery. They travelled across six continents, spend time with 17 tribes and filmed interviews with 13 more Earth Keepers.

Christer describes Down to Earth, which took a total of ten years to make, as a “message of hope and faith, from our ancestors to their descendants, in a time of great change”.  He saw the film at a private screening in Berlin and found it “very beautiful and inspiring”. After meeting Rolf and Renata, he committed to helping to launch the film and spreading the message “that we are all Earth Keepers, we are the ones we’ve been waiting for”. 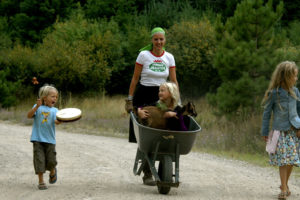 Mallorca and its beautiful initiatives

Christer has lived in Mallorca off and on since 1973. He describes the island “as the most beautiful and inspiring place in the world”. Although it’s facing the same ecological challenges as the rest of the planet, “Mallorca is already full of inspiring initiatives, with many, many people working for ‘the more beautiful world our hearts know is possible’, as Charles Eisenstein says”.

Two years ago, Christer helped create the Soller “Sacred Valley Dialogues” initiative to build resilient systems in energy, economy and ecology to meet present and future challenges. Today, the group is working to introduce biochar in the valley. This is “a charcoal-based soil enhancer which, besides helping eliminate smoke, reduces soil compaction and increase water retention sequesters from the atmosphere”. 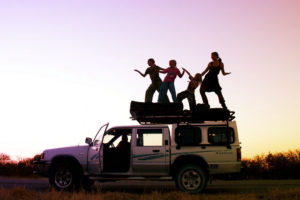 The KreaKolektiva and Mallorca creative activism

Christer is also part of KreaKolektiva, an informal group based in Palma dedicated to promoting creative activism in Mallorca. KreaKolektiva has been active for the past couple of years spreading the message of creative activism – positive change through creativity – on the island and is going from strength to strength. Recently, the group was responsible for starting an “Avalanche of Love” in Palma and it’s planning a series of exciting events throughout the coming year.

Down to Earth will be shown at 8.30 on Saturday 2 April. Tickets are available at CineCuitat for E12.50 now. If you care about the future of our planet, don’t miss out on this great opportunity to meet likeminded souls.

Watch a trailer and find out more about the film

How to get to CineCuitat

Read about Mallorca’s Avalanche of Love