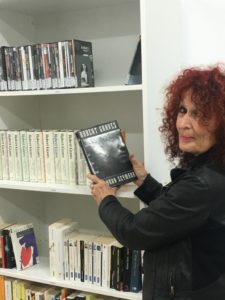 On Thursday 28 April the team from Charles Marlow delivered a set of all the Robert Graves’s books published by Carcanet still in print to the new Deiá Biblioteca Joan Graves, accompanied by Frances, Juan’s wife, and her son Brendan.

How it came about

The idea of arranging for a set of Robert’s Carcanet books to be donated to the library came from his son Tomás. William, Tomás’s brother, suggested that Carcanet might be keen to help with the cost of the books. Michael Schmidt, Managing and Editorial Director of Carcanet, arranged a truly generous discount.

Charlie Hill of Charles Marlow says, ‘When we heard there was going to be a library in the village we thought it was a lovely idea. We’ve been inviting authors whose books were inspired by the village and/or written in Deia to contribute to a permanent collection. Tomás has been doing the same thing. We’re honoured to be able to play our small part in enabling a collection of Robert Graves’s books to be available to anyone who would like to learn more about what makes Deiá so magical. It’s a great way for us to help keep the rich history of the area alive.’

For Michael Schmidt of Carcanet the opportunity to help is ‘very exciting: Carcanet feels part of the whole enterprise though we are not geographically close’.

Carcanet published the work of Laura Riding first. For Michael, ‘she had a wonderfully immediate and durable impact on how I heard and hear poetry’. Michael initially believed that ‘publishing her put Graves himself, whose work I admired before I knew her poems, out of court for Carcanet. But we did the collaborative volumes with the approval of the Graves Estate and this led us to the Enormous Project of publishing the Graves oeuvre as a whole in hardback.’

For Michael, Graves’s ‘impact on my generation and, later, that of Simon Armitage et al, is marked. Although I can’t think that many young poets read him these days, they will do again. Armitage’s generation is able to read Graves and Riding together, which is useful in terms of broadening out.’

Despite an open invitation from William, Michael has yet to visit Deiá, which exists only in his imagination. ‘When I do come, which I hope will be soon,’ he says, ‘it will be like coming home!’ 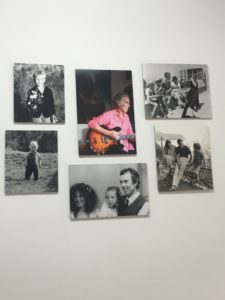 ‘The coolest library in the world’

For Tomás, placing the Carcanet collection together in Deiá under one roof is a great achievement. As he puts it, ‘When someone says “I’ve read all your father’s books” I tell them that it’s unlikely: he published several million words and over a hundred titles. Carcanet have made a great effort to gather together and republish all his works – poetry, essays, short stories, novels and scholarly works including The Nazarene Gospel, out of print for decades – and to have them all together, apart from a couple, under the roof of the Deià library which bears the name of his son Juan is something to celebrate. We’ll think about how later!”

A thoroughly delighted Frances simply says ‘It’s turning into the coolest library in the world’.

We’re more than a little proud to be playing our part. 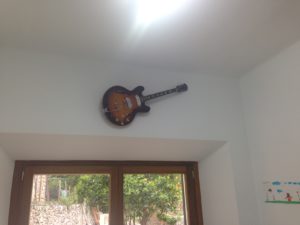