Every Friday night from 7-11.30pm and in summer even longe 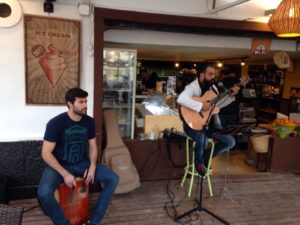 r until 1am, an Argentinian musical duo comes from Palma to Soller to delight the guests of Es Recó with their tender but intense performance.

Charismatic Gustavo, who plays a wide selection of Latin American songs on the guitar, has an incredible voice singing his heart out into the night. He is accompanied by Andres who gives an extra touch to the songs by playing cajón (Spanish word for a box) which is a very simple percussion instrument that originated in Peru and is often used by musicians instead of a full drum kit when performing in small settings.

Es Recó is on the beach so get ready to get some sand in your shoes whilst walking there. There is a large wooden terrace with tables but also quite a few tables on the sand.

If you come before dark you will have a nice view of Port de Soller, the lighthouse and pretty much the whole beach of d’en Repic.

At night the atmosphere is magical, the air has a scent of incredible barbecue creations by Roberto – the Chilean owner and chef, who is happy to prepare any kind of meat, fish or seafood on the grill and later in the night he joins Gustavo in his performance. The staff are very friendly and cheerful, singing and dancing along to the Latin American rhythm creating an unforgettable atmosphere and making your dining experience so special. 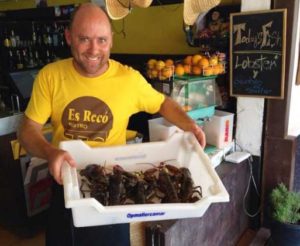 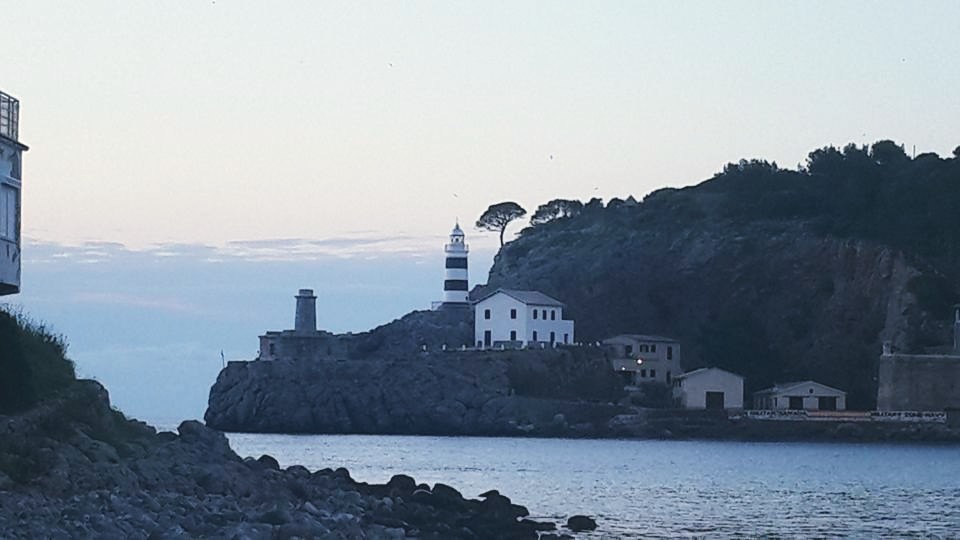 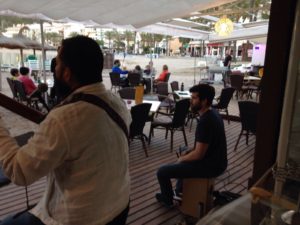 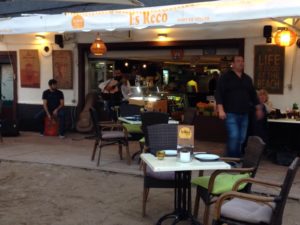