Looking back, looking forwards to 2018 with the Deia Olive PressJanuary 1, 2018

As I look forward to 2018, I can’t help but remember a post I wrote about Majorca Observed by Robert Graves and Paul Hogarth. The book opens with a 1953 essay by Graves called ‘Why I live in Majorca’. In a postscript added when Majorca Observed was published in 1965, Graves writes: ‘No-one can stop progress. One can only side-step it. But the still unexploited Majorcan hinterland is constantly shrinking as the roads improve. Where can we retreat?’ 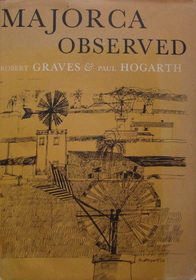 This idea of Mallorca as a place to which people retreat remains as potent today as it ever was. The island offers a potential quality of life that is the equal of anywhere else in Europe and possibly the world. If you have the resources or the right skills, of course.

But the problem with simply seeing the island as a retreat, or, if you work here, as a bubble to occupy, is that it’s tempting to abdicate any responsibility for the greater good of Mallorca.

In the summer of 2017, just about everyone I spoke to on the island complained about the skyrocketing number of tourists. Quite apart from the feeling of claustrophobia that comes with being unable to escape other people, the impact on the environment was more obvious than ever before. One experience summed this up for me.

At the end of June, I took a boat trip from Soller down to Deia. It was the first time I’d seen the north-west coast from the water and it was easy to feel that I was seeing the real, unchanging Mallorca. We stopped so I could swim into a cave called the Blue Lagoon. As I floated inside the cave, bathed in heavenly pure blue light, I swam into a plastic sweet wrapper.

When something like this happens, it’s easy to despair for the island. But in 2017, I met and interviewed several inspiring people who are part of an island-wide movement to protect Mallorca’s environment and change the way tourism is viewed here. Among these was the remarkable Guillem Ferrer. 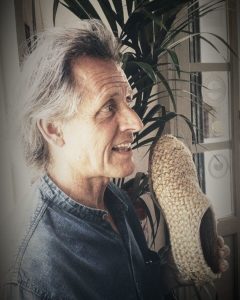 Guillem, who describes himself as a ‘hopist’, was instrumental in creating the international brand of Camper shoes. In 1998, he left Camper and set up Pocapoc, a movement of people that inspires, encourages and creates local actions to care for the Earth, the soul and society. Among them are the internationally known spiritual leaders, environmental activists and performers, Satish Kumar, Fritjof Capra and Vandana Shiva.

As you’d expect from a ‘hopist’, talking to Guillem gave me enormous hope for the future of Mallorca. He also reinforced my sense that, if Mallorca is to change, everyone who lives here and loves the island for whatever reason needs to come together and do what they can to, as they say, be the change they want to see.

Naturally, the utterly beautiful environment of Deia is an enormous part of the village’s appeal and must be protected. But, for many of us, Deia’s rich culture is equally worthy of celebration and nurturing.

So it was wonderful to see a literary slant to cultural events at Belmond La Residencia throughout 2017. The year ended with a Memoir Writing Workshop in late October at the hotel give by highly respected memoirist, journalist, editor, screen writer and film producer Allegra Huston. By all accounts the workshop was a great success, which bodes well for future events. 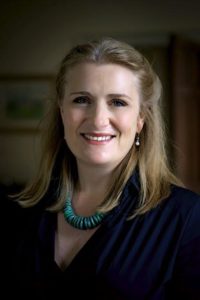 In 2018, the Deia Olive Press will continue to bring your attention to the people in the village and across the island who are doing great things, whether as artists, activists or entrepreneurs.

We’ll make sure you’re aware of the growing number of events celebrating the unique culture of Deia, promoting creative and environmental activism and, above all, inspiring hope. We’ll explore Deia’s cultural history, teasing out all those fascinating connections which help make the village so special.

And, from time to time, we’ll offer you enlightened property intelligence about the village and island we love which we believe you’ll find valuable.

Happy 2018 from everyone at Charles Marlow!