Sympathising with Hilaria Baldwin on not being born MallorcanJanuary 8, 2021 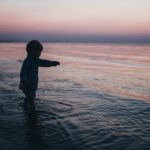 The bizarre story of Hilaria Baldwin, who claimed to have been born in Mallorca and speaks with a Spanish accent has provided a hilarious respite from grim global news for the past few days.

There was much hilarity when Hilaria, christened Hillary, an Instagram influencer, was obliged to admit she’d really been born in Boston, USA. Her mother Kathryn, who she’d described as Spanish, is from Massachusetts and her father David is also American.

What is true is that Hilaria’s parents own property in Inca and have lived on the island since 2011. Her brother Jeremy married a Spanish woman and lives here.

Incidentally, the UK Daily Mail quoted Jens Schmitt of the Villa Vegana hotel and restaurant, which kindly supplied this blog with vegan Christmas recipes, as saying that Kathryn and David are clients. They clearly have good taste.

The revelation that Hilaria is really Hillary and not remotely Spanish has resulted in an outbreak of gleeful schadenfreude with the media taking great pleasure in ridiculing her.

I noticed that the Hilaria Baldwin Signature Edition Waxylene Calming Ointment she promotes on Instagram is out of stock. Maybe she’s bathing in it.

Calling herself Hilaria doesn’t help, although she claims it means happy in Spanish. As far as I know, it doesn’t. Happy is feliz in Spanish. Happiness is felicidad.

Although I too initially found the story funny, I do feel rather sorry for Hilaria and have a different take on why she tried to pass herself off as Mallorcan.

On not being born in paradise

Many of us who came to live on the island from other parts of the world and have fallen in love with the place wish we’d been born Mallorcan. Especially if we’re Brits grappling with Brexit.

I would have loved to have taken my first steps in the world on one of the island’s many safe, sandy beaches and learned to swim in warm, crystal clear water. I would have been honoured to drop my first ice-cream on the hot white sands at Es Trenc. I would have been perfectly content to grow up in a place where it’s warm enough to play outside all year round.

This is an island where learning to sail is no big deal, where there are mountains on your doorstep, where you can eat paella every day of the week if you wish, where you can dance under the stars in the summer months all night long.

I could go on and on.

Now, I take great pride in living on an island regularly voted one of the best places to live in the world. I’m delighted that I can wander Fornalutx, not far from Deià and regarded as one of the most beautiful villages in Spain.

I’ve travelled a fair bit and I’ve never been anywhere that has better beaches than Mallorca or a finer quality of life.

So I get where Hilaria’s (not) coming from. Don’t you?