Returning to Palma at Easter and giving thanksApril 5, 2021 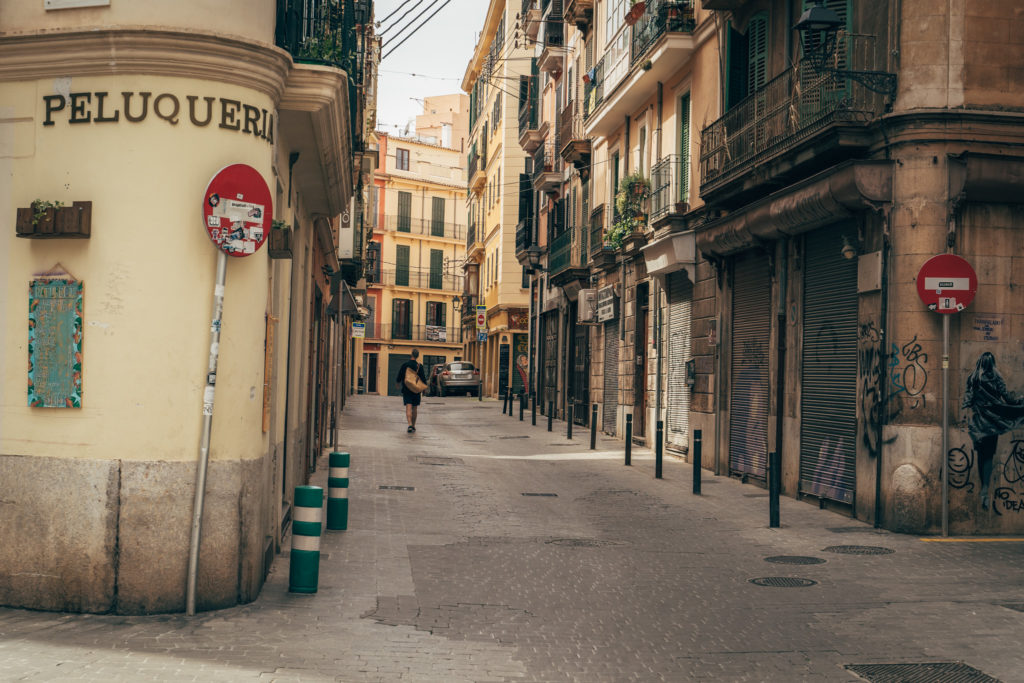 David Holzer gives thanks that he arrived back in Palma in time to celebrate Easter, regarded as the real start to the new year in pagan times and a time of rebirth, repurposing and optimism.

I made it to the number one bus that runs from the airport into Palma without dropping to my knees and kissing the pavement outside the airport.

It has been six months since I’ve been able to get home. In the old normal, I never missed Mallorca when I was travelling because I knew I would only be away for a week or two.

But, during the winter I’d been marooned in Eastern Europe my blue mind had craved the sea. I have no idea if the notion of a blue mind is scientifically true or not but it makes complete sense to me. 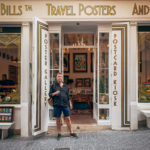 Popularised by marine biologist Dr. Wallace Nichols, it’s the theory that ‘There are numerous cognitive and emotional benefits that we derive every time we spend time by water, in water or underwater. We are drawn to water, because we come from, and are still largely made of water.  In fact, the human body is about 60 percent water, and the brain is 75 percent water. When you see water, when you hear water, it triggers a response in your brain that you’re in the right place.’

Now I was home, and walking through the island air, which always feels more alive to me than that of anywhere else in the world, I was reminded of something I’d become numb to years ago.

In spring, the air in Mallorca smells of pines.

I can think of few airports that have their own distinctive aroma. The only other one that comes to mind is Tangier, which smells of sheep.

Another thing I’ve missed, I realised on the bus, is people talking loudly on public transport. Even laughing.

As the bus chugged along the stretch of the Paseo Maritimo, and conversation burbled all around me, I saw the sea glittering in the morning sunshine. And the last six months fell away.

I’d chosen to spend my first night home in a hotel named Brick in Palma Old Town behind the pink law courts.

When it was first built, perhaps twenty years ago, a Mallorcan friend found it hilarious that the court house had been built in the middle of streets where hookers and drug dealers did business.

They’re gone, or gone underground. A bar I remember as being notorious has its doorway blocked with a chair. 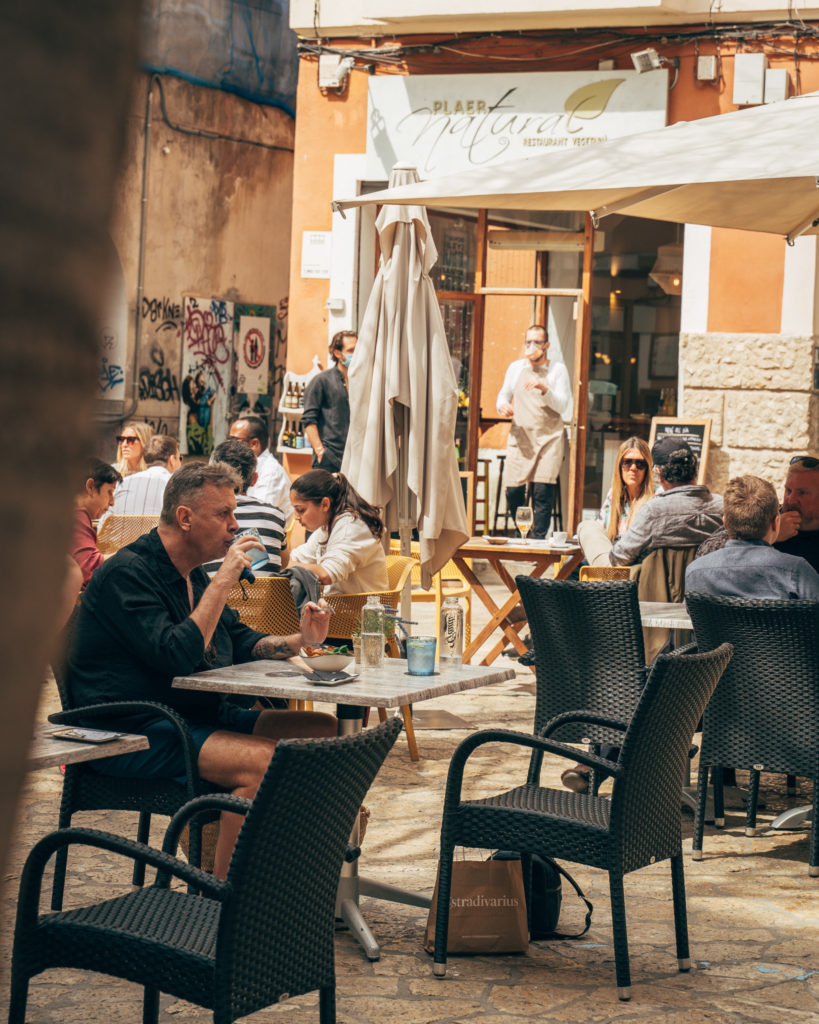 But at least the bars, cafes and restaurants that have space outside are allowed to open. You don’t appreciate what simple joy it is to take coffee and pan con tomate outside until you haven’t had it for months on end.

I’d booked a night at Brick because I never know quite what I’m going to find when I first open the door to my apartment. Also, my partner wisely shrinkwraps all the furniture in case of floods from above.

One time, I came home to discover I’d gained some chairs and a sofa. My lovely neighbour, who has my spare key, was using my place for storage. She was mortified. I began to alert her to my impending arrival days in advance.

Brick is thriving right now partly because checking in to the place is meant to be human contactless. You send them a photo of your ID. They give you the code for the door and another for the box that contains your door card. You leave this behind when you leave.

It’s a clever system. A bit too clever for me. I couldn’t open the box that contained my card.

Luckily there was another human around, in the form of a cheerful maid who sorted me out.

After a siesta at Brick, which combines a kind of warehouse chic with all the contemporary creature comforts, I drifted in search of a late lunch.

I found myself in my favourite square in the Old Town. It’s not picturesque or atmospheric, unless you count brick dust and power drilling as ambience. But this particular square is a stage set for how the Old Town is changing. Something I am ambivalent about.

On the one hand, I like being able to eat vegan when I want or trawl through little design shops and retro boutiques. But I also want to feel I’m in a real barrio among people who’ve belonged here all their lives.

In this square, where a vegetarian restaurant lies across an alleyway from an abandoned, graffitied skeleton of a building, where I eat bacalao buñuelos in another café and listen to an ancient gypsy guy sing flamenco with what’s left of his voice as he supports himself on a twisted crutch, I find my Palma.

At least for today. 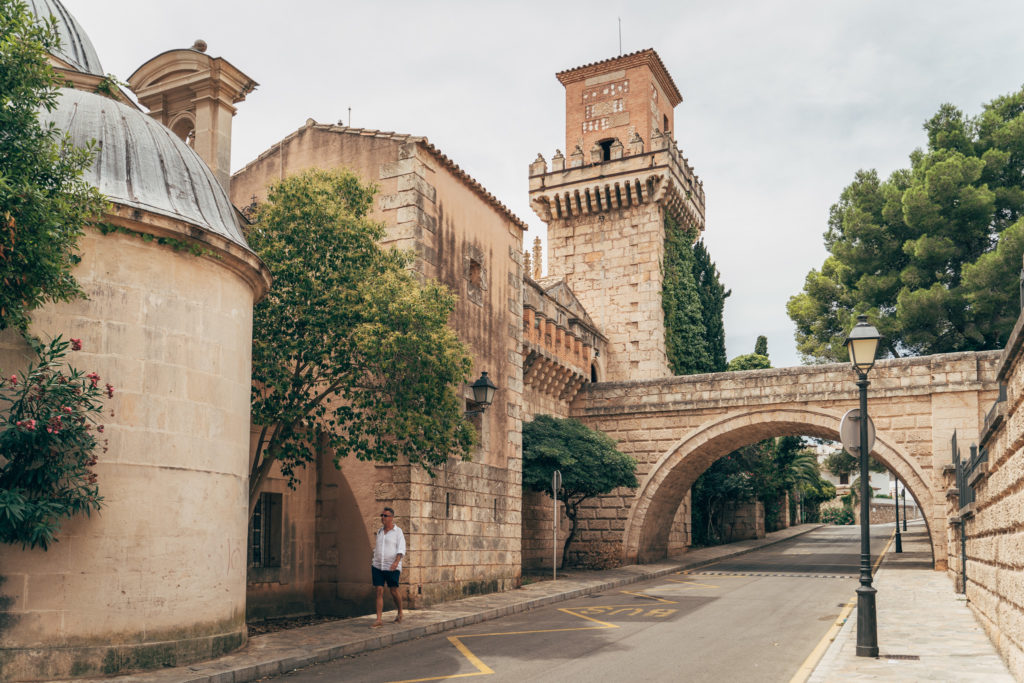