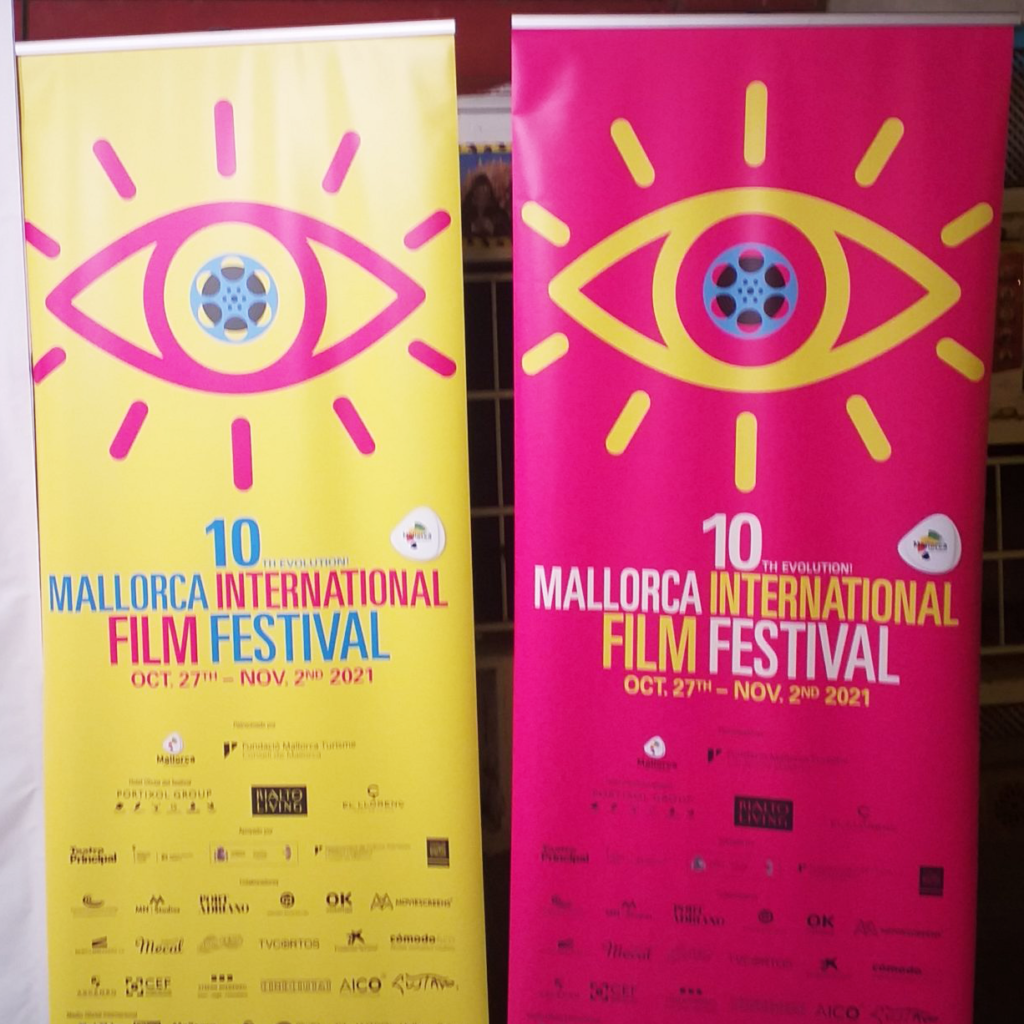 On 27 October, the opening night of the 10th Evolution! Mallorca International Film Festival, I realised I must have been at the first ever festival. Back then, it was nothing like it is today.

Now it’s regarded as one of the 100 best festivals in the world. This year, there are 31 national, 12 European and 27 world premieres. Out of well over 1000 initial submissions, 139 projects from 30 countries including the UK, Peru, Egypt and Macedonia were chosen to be shown.

The launch of the Evolution! Mallorca International Festival this year was a glittering occasion, attended by filmmakers and actors from all over the world. Many proudly took their place on the strip of red carpet placed to one side of the entrance to the Teatro Principal in the centre of Palma.

They submit their films to the festival because, as the organisers say, it’s ‘one of the fastest-growing film festivals, using international film to shape a creative community, allowing independent filmmakers to feel inspired, to network and thrive in this idyllic Mediterranean island paradise.’

Apart from the movies themselves, the Evolution! Mallorca International Film Festival has organised events in eight locations. These include a drive-in cinema at Port Adriano, the yacht harbour on the south-west coast of Mallorca designed by Philippe Starck.

There’s also a lunchtime breakfast event at concept store Rialto Living in the centre of Palma where movie buffs can meet filmmakers over breakfast and ‘Movie Show Cooking’ featuring Marc Fosh and Chef Lemos at Mercado Gastronomico San Juan next to the wonderful CineCuitat cinema.

​Mallorca is, as we know, a gorgeous island with a surprisingly large variety of different landscapes, an easy flight away from any European capital.

It’s also home to world-class production facilities such as those of Palma Pictures, which has worked on big productions including Neflix’s The Crown, the movie The Hustle, the hopelessly addictive UK reality TV show Love Island and countless TV commercials and music videos.

As Mallorca becomes Hollywood Island, it makes sense to create a prestigious film festival not just to entice the film industry but to benefit the local economy. In the past five years, the Sundance Film Festival brought over $400 million into Utah’s economy.

And, now that governments have woken up to the benefits of place marketing, film festivals come with plenty of creative, cultural, upmarket cachet of the kind that makes every destination’s mouth water.

But, putting all of the sound but boring economic reasons to one side, events such as the Evolution! Mallorca International Film Festival are a feast for anyone who loves movies of any kind. I was going to write ‘the challenge is knowing what to watch’ but, actually, the beauty of the festival is taking a chance on a movie.

I shall be seeing my first movie of the festival purely because of a chance encounter.

The documentary follows Manuel Liñán, who, as The New Yorker magazine put it, ‘after decades of hiding feminine impulses…comes out to challenge conventions of pursuing his love of flamenco – dressed as a woman – in a conservative society with rigid cultural traditions.’

Flamenco Queer is rather more subtle and complex that that barebones description but it gives you an idea of why the documentary is well worth seeing.

As Ana Gonzalez explained to me, ‘We feel it’s a really important time to present Flamenco Queer in Spain, as acts of aggression against the LGBT community have risen to a disturbing level over the past year or so – with a few high profile cases, such as the murder of a gay man in Galicia. Figures like Manuel Liñán are so important for helping society evolve and become more tolerant; we want to celebrate him and this festival feels like a great place to do it.’

Her partner Frederick added, ‘Even before the pandemic, filmmaking was a discipline which rarely grants artists the opportunity to connect with a “live” audience – so I jump at any chance we get to present work at cinemas or theatres. Add the fact that Palma feels like the perfect location for an indie film festival and I think we have all the ingredients for a really special event.’

Flamenco Queer is showing at CineCuitat at 7pm on Friday 29th October. You can buy tickets for movies at the festival website.