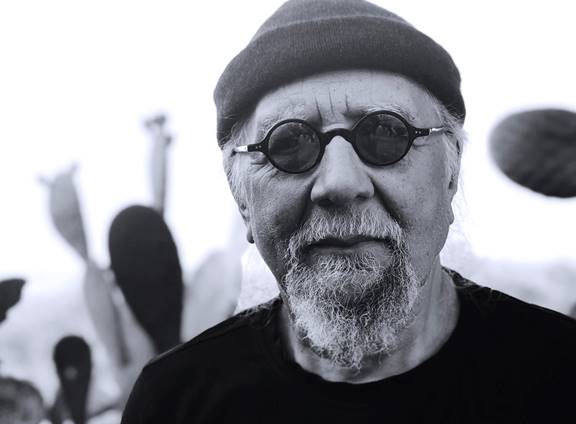 Mallorca jazz lovers are in for a real treat on 28 November when Charles Lloyd performs at Son Amar as the final act of the 14th Jazz Voyeur festival.

In 1956, he moved to Los Angeles where he earned a degree in music at the University of Southern California. He also became part of the more avant-garde wing of jazz, playing with Ornette Coleman, Don Cherry and Eric Dolphy among others.

Charles was music director of Chico Hamilton’s group from 1960 to 1964 when he joined Cannonball Adderley. Since then, he’s led his own band.

Now 83, Charles is still pushing the boundaries of jazz, still, as he says, ‘searching for the one sound that says it all’. This has led him to incorporate other forms of music than jazz into his music. In 2018 he recorded the fine album Vanished Gardens with American country, folk and rock and roll singer, the equally uncompromising Lucinda Williams.

This never-ending seeking after sounds yet to be heard means Charles Lloyd is a thrilling live performer. As The New York Times put it, ‘His concerts and recordings are events of pristine beauty and elegance, full of intensely felt emotion and passion that touches deep inside the heart. This is not entertainment, but the powerful uncorrupted expression of beauty through music.’

My own introduction to Charles Lloyd’s body of work was via a wonderful 1971 album of his called Waves. One of the tracks on that album is the lovely ‘Majorca’.

Knowing that Charles had been into Transcendental Meditation around that time – fellow seekers Mike Love of the Beach Boys and Roger McGuinn of the Byrds play on the album – I assumed the naming of the track had something to do with the TM centre that existed in Mallorca in the early 1970s.

When Charles agreed to be interviewed by me via email, my first question was about ‘Majorca’.

I’m a fan of your Waves album on which there’s a track called “Majorca”. Could you tell me the backstory to this?

I think it was a place that we heard about about during the late 60s. It became so mythical in our imaginations, I named a song for it.

Have you visited Majorca before?

Yes! We had an amazing concert around 2004 in the central square of Sa Pobla with the wonderful Geri Allen, Reuben Rogers and Eric Harland. We’ve always remembered our stay on the island and the concert as being incredibly special. Other than the airport, I have not visited Palma de Mallorca. I know that Rafael Nadal lives near by! I am a big tennis fan.

What were your impressions of the island?

I remember the rugged landscapes and the beautiful colors of the sea. The sound of the cicadas singing.

Will your live show be made up of material from the 2021 Tone Poem album, will it range over your career, or is it impossible to predict?

I’ve been composing and making music for over 60 years. The reservoir is deep and each concert is drawn from diving into those waters. I am in service, so I hope that this reservoir will give inspiration and consolation to those who come to listen and take home the experience. At this stage of life, I have had many deep experiences and this is reflected in my sound and in my music.

Who will be in the band for the Mallorca show?

A great group is with me; the poetic and ever expanding Gerald Clayton on piano, Reuben Rogers who has been with me since 2004 on bass, and Kendrick Scott, who, like Eric Harland, is also a gifted drummer from Houston, Texas.

In the past, you’ve described yourself as constantly searching. How does this manifest itself in your music in 2021?

I am looking for that one sound that says it all. I think if I could find it, I could retreat back into the forest.

Do you listen to contemporary jazz? If so, what do you think of it?

I listen to all kinds of music. I can’t contemplate a life without music.

What about other music? You worked with Lucinda Williams on Vanished Gardens. Do you have plans to work with artists from outside jazz again?

I am open to sounds and musicians who cross my path. I still perform with Zakir Hussain who comes from the classical Indian tradition, and Maria Farantouri, the iconic Greek singer, for instance.

How do you feel about the way the music scene has changed with streaming and music providing more of a soundtrack to many people’s lives than a specific listening experience?

For me music is a listening experience. It is transporting. I can’t speak for others.

I was amazed to read that you knew Elvis. Could you tell the story of how that came about and your impressions of Elvis?

Elvis was a delivery boy who loved music. He used to come around to the clubs where I played with Phineas Newborn and his father and hang out with us. He checked out Calvin Newborn’s guitar moves and incorporated them into his own. It was easier for the world to accept a white man moving like that.