Around three years ago, I was speaking with my partner Vicente’s father about how we celebrate a British Christmas. Our conversation sparked our very own Anglo-Mallorcan tradition.

Vicente’s father made a comment about how cooked turkey is often dry. So, I made it my personal challenge to cook the juiciest turkey him and his family would ever taste and show them what a real British Christmas dinner is all about.

The first year I made British Christmas dinner for Vicente’s family, I assumed it would be easy to buy a turkey. This meant I left things a little late and ended up dashing around Santa Catalina market in Palma searching for one.

I hadn’t realised that, because turkey is not part of a traditional Mallorcan Christmas meal, there aren’t that many in the markets and shops. Fortunately, I found one and it was a decent size.

If you’d like a turkey for a proper British Christmas, remember to buy yours before the British expats snap them up. I go to Mercat d’Olivar near Placa d’Espanya or the market in Santa Catalina, Palma’s sort of hipster barrio. You can also find one or two turkeys at Carrefour.

Apart from the turkey, it’s actually not that difficult to find everything you need to make a delicious British Christmas dinner in Mallorca, especially as I love to

I usually buy all my vegetables and even the cranberries for the sauce – which I make from scratch – from Santa Catalina market. The only things I struggle to find are parsnips and swedes, which aren’t exactly part of the Mediterranean diet. Once again, the best place to find them is, yep, Santa Catalina market.

For the particularly British touches such as mince pies and Christmas pudding, which takes forever to make, and Christmas crackers, I go to a small British supermarket in Palmanova called Nice Price.

After all, wearing a ridiculous hat is all part of the great British traditional Christmas. 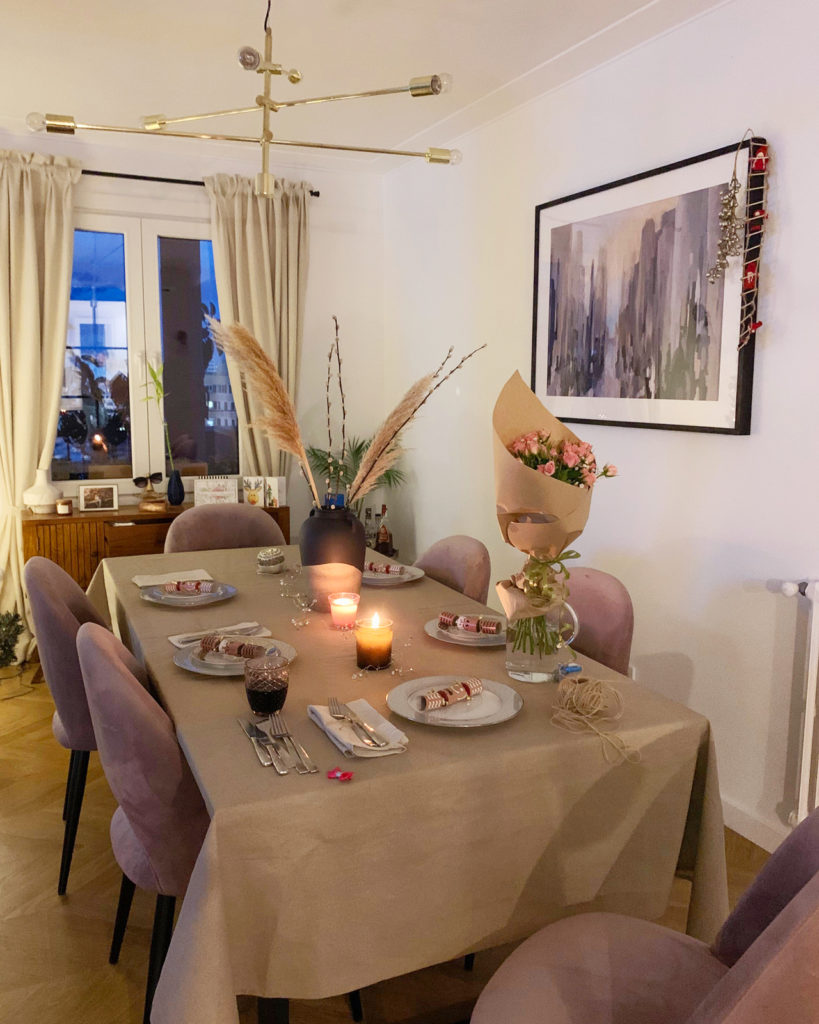 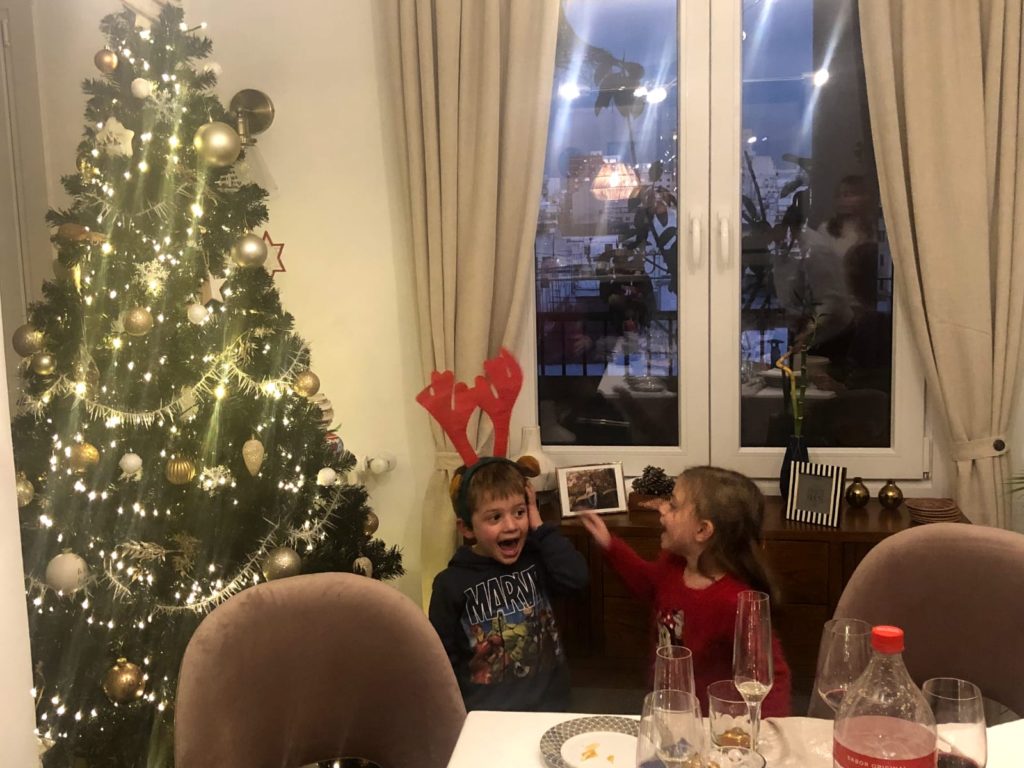 It’s beginning to feel a lot like a British Christmas 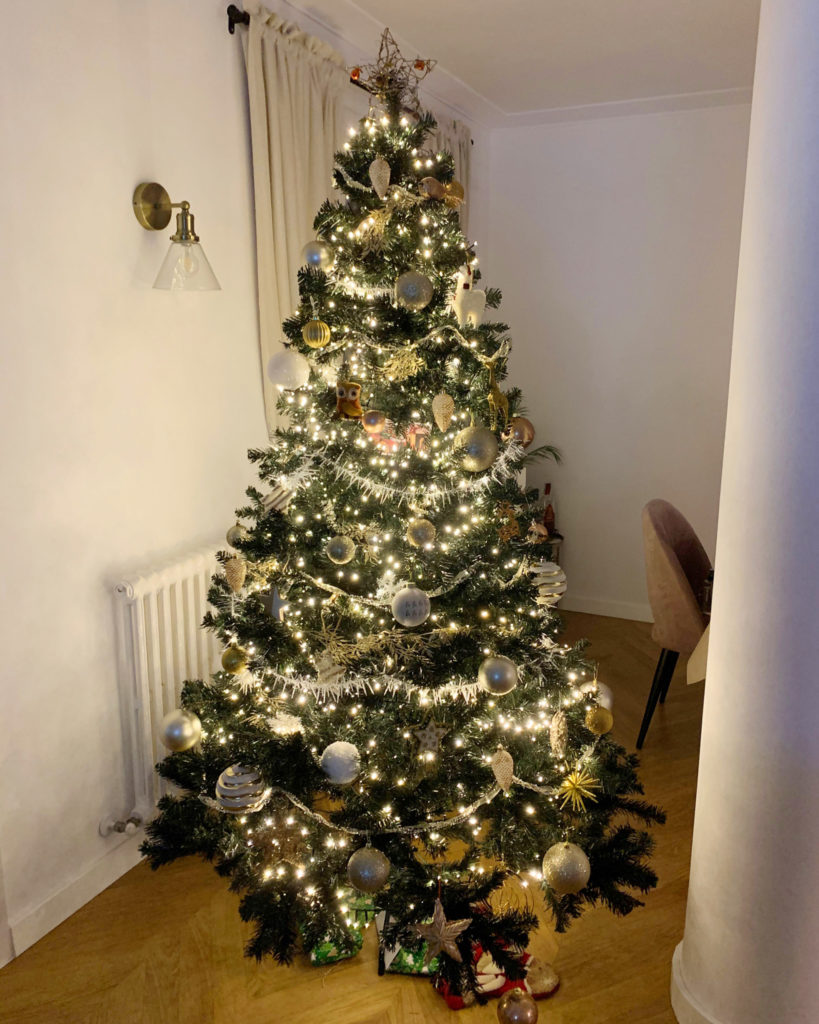 When I was younger, the thing I loved most about Christmas was the big day itself. I was so excited about what I would find under the tree the next morning, I could barely sleep.

Now I’m older and wiser and have experienced Christmas in different cultures, I get most excited about the build-up to Christmas. It helps that the Christmas dinner I prepare for Vicente and his family happens around the first week of December and that they adore the whole experience – it’s so very different from how they traditionally celebrate.

Vicente’s family particularly loves roast potatoes and Yorkshire puddings as well as my homemade stuffing, something very new to them. The only thing I’ve failed to win them over on is mulled wine. The Spanish generally can’t get their head around the idea of warm spiced wine.

We typically end the dinner with a G&T and in the evening, head out for a walk through Palma to see the Christmas lights.

Once I’ve made my British contribution to the Mallorcan family Christmas, I can sit back and enjoy the lead up to the big day. That means lunches with friends and the Charles Marlow team, parties, cosy evenings by the fire with the Christmas tree lights twinkling away and really, really sinking into the festive spirit.