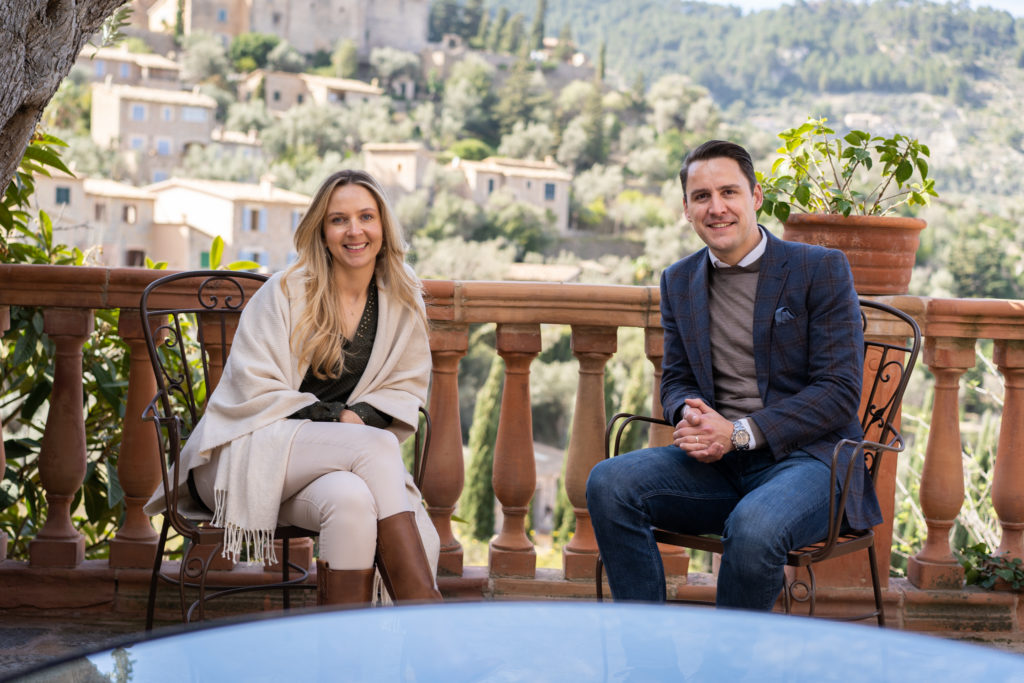 We first spoke to Thomas in June 2021 when he took over as General Manager at the much-loved La Residencia, A Belmond Hotel, in Deià. As the hotel prepares to open for the
summer season beginning 18 March we thought now was a good time to catch up with him. 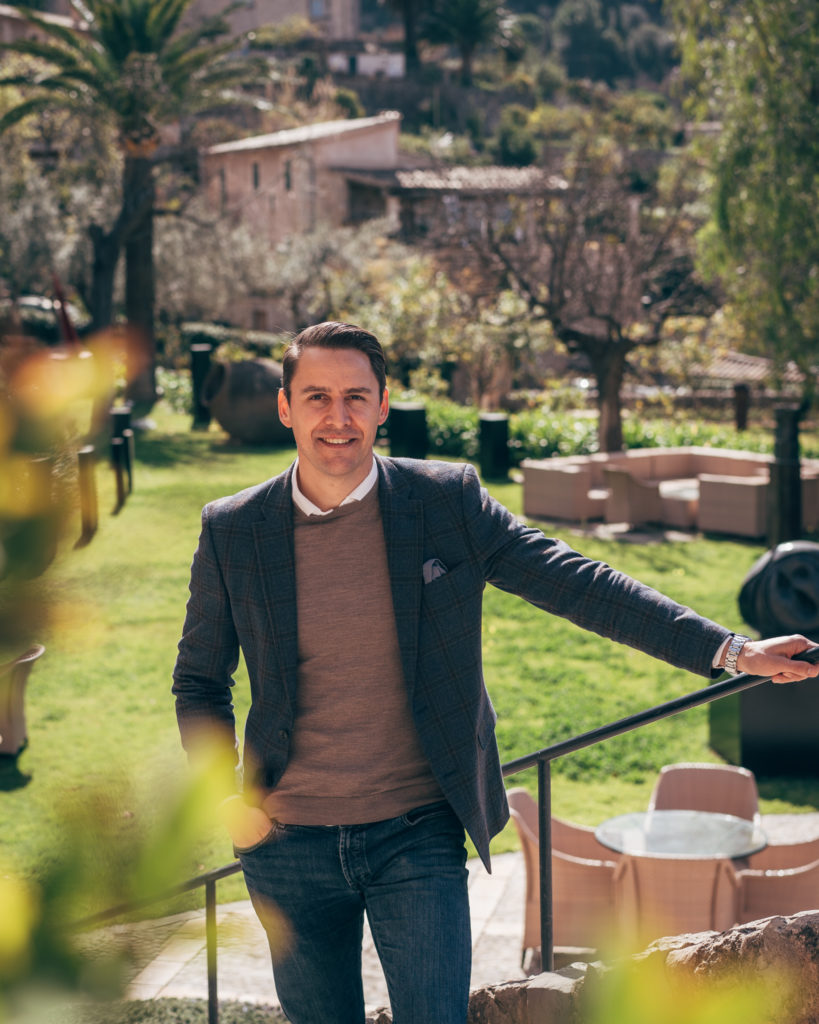 Last year was exceptionally busy for us on the rental side of things and all the hoteliers I’ve spoken to said they had a fantastic season. The same, according to Thomas, was true of La Residencia.

‘When the UK put everything on green, it went crazy,’ he told me. ‘The number of bookings we received in a short timeframe was incredible. As soon as they opened the borders, people thought “We haven’t been out of the country for a while, let’s go!” And Mallorca was one of those places people could go without worrying too much.’

Although Thomas radiated calm professionalism throughout our interview, I sensed that he was excited and wondered why that was. He told me it was because him and his team were working to make sure everything was in place before the hotel opened on 18 March. ‘I’m keen to see what the final result will be,’ he said.

This year, the changes the hotel is making are somewhat more ambitious than they have been for previous seasons. Thomas explained that this is down to the fact that, although the La Residencia enjoyed an amazing 2021 in the end, it was also tested to the limit so it’s vital that to be fully prepared.

Despite all the challenges, Thomas told me he appreciated being thrown in at the deep end. ‘I got to see how the hotel operates under pressure,’ he explained. ‘It became very clear what was working and what wasn’t.’

As a result, Thomas and his team made an action plan that spans the years to come and it’s this that La Residencia has been putting into action for the coming season.

The goal is not just to make sure that the hotel can comfortably handle the challenges thrown up by a season like last year but also to take it to where it really wants to be.

But, leaving aside the nitty-gritty of the hotel business, I was curious as to what surprised Thomas the most about life at La Residencia.

‘It’s the relationship the team has with our regular guests. I have never seen anything like it in my life. I saw people arriving in the hotel and falling into the arms of the receptionist with tears rolling down their cheeks because they hadn’t seen each other for three years because of the pandemic. The next thing they would do is go to the painting in the lobby where they’ve taken the same picture with their family for the last 30 years.

‘Yes, we’re running a business but to see all the work we put in to make guests’ holidays unforgettable really happening is just so rewarding. It really got to me.’

To see all the work we put in to make guests’ holidays unforgettable really happening is just so rewarding.

La Residencia aims for number one 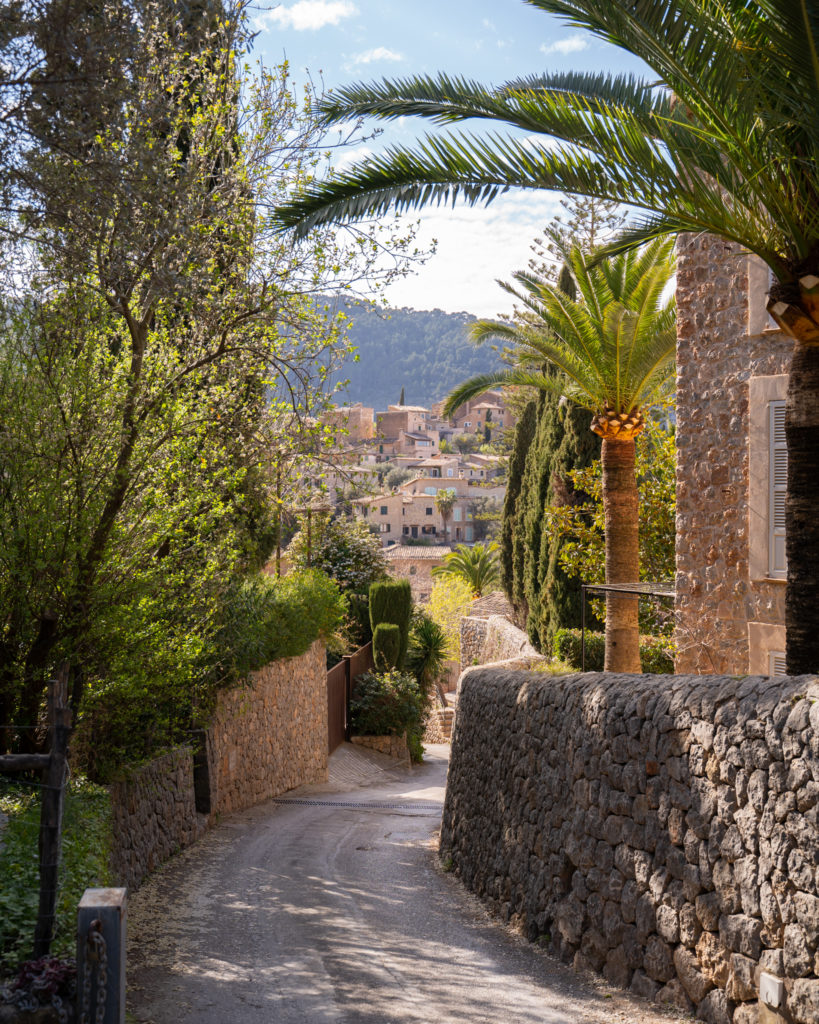 One of the things that’s always appealed to me is how laidback La Residencia feels, even on a day like today when there’s an enormous amount going on behind the scenes.

As you wander through the gardens or stroll down the cool corridors admiring the collection of Deià art on the walls, it’s sometimes hard to believe that this is one of the finest hotels in the world.

But, behind the relaxed vibe of the hotel – and Thomas – is a quiet determination.

‘Depending on how you measure it, and there are many things you can take into account – Condé Naste Traveler, for example, or looking at the lists of Travel and Leisure – we are currently the number two hotel in Spain,’ he told me. ‘That’s great but the point is that what got us here is not necessarily what’s going to get us further. We know we can do better.’

And will the hotel retain its rather chilled, bohemian vibe?

‘Of course. One of the things I love about La Residencia and Deià itself is that someone can be a backpacker who came in on the bus from Valldemossa or a head of state who arrived by private jet and they’re treated exactly the same.’

Experiences guests can’t get anywhere else

When I asked Thomas what guests and those of us who drop into the hotel because we adore it can expect for the coming season, he reeled off a thoroughly impressive list.

There is a new concierge area and La Residencia has appointed a chief concierge who has been with the team for a long time and knows the hotel inside out. This person is supported by a full team of concierges. A dedicated room service department has also been added.

In essence, the hotel is going from a reactive approach to something like making restaurant reservation experiences to proactively reaching out to people in advance to say: ‘You’re coming to Deià. Making a restaurant reservation in July and August can be a challenge. Let’s help you make that whole process as smooth as can be.’ 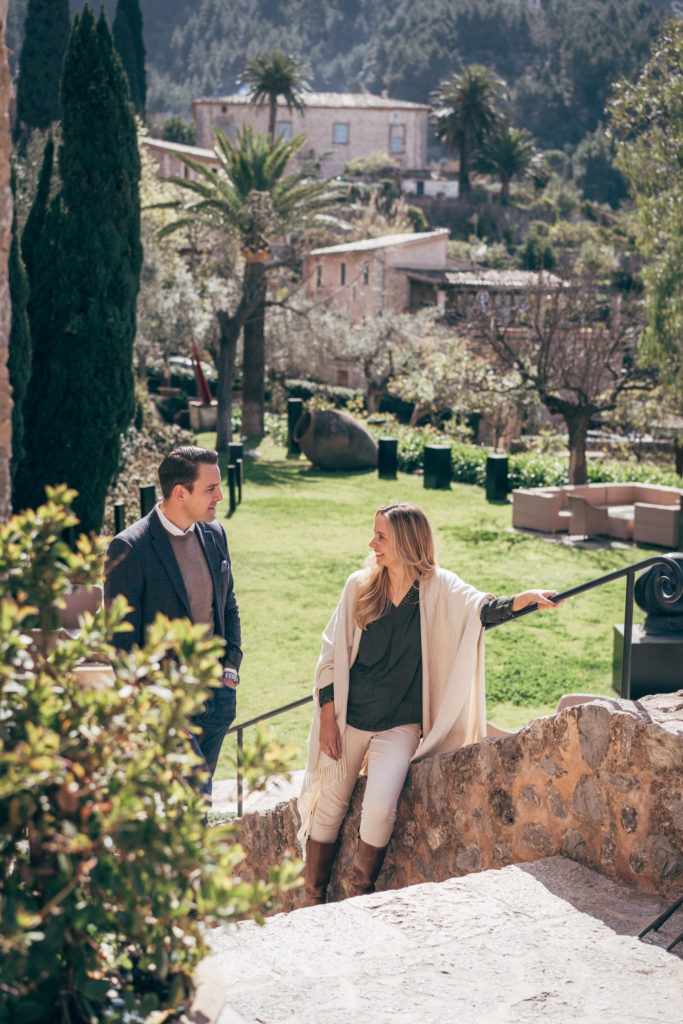 Additionally, the hotel has made a big push to improve the quality of the food which, to my mind, was already delicious. There’s a new menu in El Olivo, a completely new menu in Cafe Miro, and La Residencia is currently working with a celebrity chef in Spain to do a new pool concept. This will offer more opportunities to dine at La Residencia.

Intriguingly, the hotel is currently creating its own special essence. As Thomas put it, ‘You can see, taste, and hear the Tramuntana but now we’re adding scent to the mix. Soon, when you enter the lobby, there will be a signature aroma that represents everything that grows here, from the lavender to the limes to the pine trees.’

Among other innovations, the hotel is working with a Spanish designer on a new uniform concept inspired by typical Mallorcan costume. It has implemented a petanque court in the gardens of the hotel where every week Chipri, the oldest member of the La Residencia team and a member of the Deià petanque club will offer a masterclass in this very Mediterranean pastime. There will be masterclass in cava so guests can get to know the difference between cava, prosecco, and champagne.

As we’ve come to expect, there will also be open-air musical events featuring flamenco, jazz and classical performances. There will also be a tennis weekend and a wine weekend as well as a ‘Find your Essence’ workshop.

Most of all, as Thomas said, ‘What we’re really trying to do is involve the local community and invite our guests to be part of it. We try to offer things you can’t get anywhere else.’

Intensifying the relationship with Deià artists

Art is the heart and soul of La Residencia. Now Thomas and the team are looking to take its relationship with art to the next level.

In its collaboration with the artists it works with – Alan Hydes, Juan Waelder, Joanna Kuhn and Manuella Hollo – La Residencia is exploring how to offer something new that can give the hotel the visibility it wants. The hotel is also new ways of collaborating with local artists however it can.

As our interview drew to a close and I contemplated leaving the oasis that is La Residencia, I asked Thomas if he had any message for the hotel’s guests.

‘Above all,’ he said, ‘it’s that we critically evaluated where we were in 2021 and formulated a dedicated strategic plan which the entire team is working tirelessly to make happen. This covers everything from the quality of the linen – which we upgraded to the best there is – to every single one of the services we offer. And that we continue to build on the excellent reputation of La Residencia in our ambition to be considered the best hotel in Spain.’ 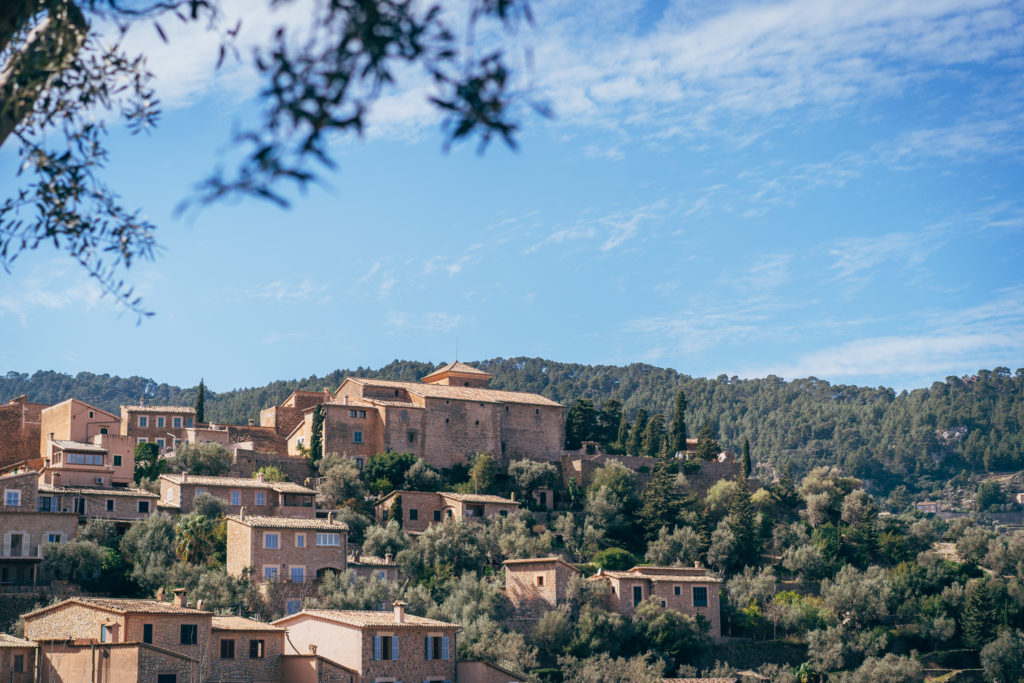