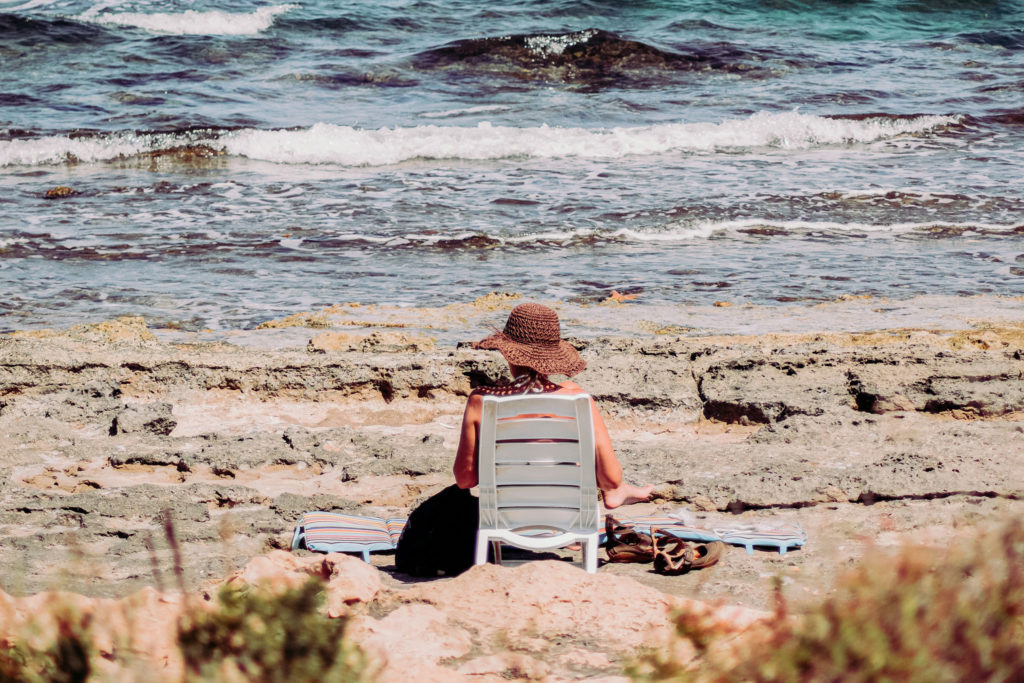 While there’s nothing better than lounging down at Cala Deia or by the pool, it’s nice to have some gentle mental stimulation when you’re relaxing under that empty blue sky. With this in mind, we’d like to share our listening and reading suggestions, all inspired by Deia culture in one way or another.

Nin Petit is a grandson of the poet and writer Robert Graves who lived in Deia for most of his life. He is the son of Juan Graves, a founder of member of the legendary Pamboli Band who have themselves rocked many a long hot village night.

He started DJing aged 19 because, as he modestly puts it, ‘My main motivation was the lack of musical variety at the parties I would go to. It was only house and techno – very much like now! I thought I could do a better job and make it more fun and colourful.’

Since then, Nin Petit has become a popular DJ on the island. When he recently played at Sa Fonda, the funky bar in the centre of the village, the queue of hip young Mallorcans waiting to get in stretched down the street.

His popularity may have something to do with the fact that Nin Petit goes out of his way to make his sets fun, dynamic and eclectic. ‘I blend many different genres into my sets,’ he says.

‘For example, I played 40 genres in the last DJ set that was recorded. To be honest, I don’t think there’s anybody else in the world doing this at the moment. I think my popularity has to do with that. I represent the average person’s tastes way more than a DJ that just sticks to one or two styles.’

Apart from his nighttime DJ sets, Nin Petit is well known for the fantastic monthly Wake Up Dance event that he puts on at S’Arraco, a tiny traditional village just outside the larger town of Andratx, down the coast from Deia. This is a non-alcoholic event with yoga, cacao ceremony and dance.

‘It’s a new way of clubbing,’ Llewellyn says. ‘But I think it’s only a natural evolution of the DJ world. If every time we go out clubbing and dancing we wake hungover and tired, it’s not sustainable in the end. With conscious dancing, we can do it over and over again and it’s actually really good for us.’

The next Wake Up Dance is on 9 July. Nin Petit plays at Sa Fonda on 20 July. Get there early because it’s bound to be packed.

In the meantime, check out this exclusive playlist made by Nin Petit for Charles Marlow. Muchas gracias!

Since it was launched a year or so, the marvellous Deia Unpacked Podcast has gone from strength to strength, delighting, informing and educating listeners about the rich culture of the village and the surrounding area.

To date, 19 episodes have been created by co-founder and presenter Tara Huber and her team. She’s interviewed a fascinating range of people, all with deep connections to the village.

So far, the response to the podcast has been remarkable. As Tara told us a while back, ‘We’ve had enormous engagement from social media platforms and via our website. This hasn’t just come from guests and the local community, it’s been worldwide.’

Tara adds, ‘I’m astounded how global our audience is. It’s a uniquely international podcast. But I always say about Deia that, for a tiny mountain village, it’s as intellectually relevant as any capital city you care to mention – New York, Paris, London, Berlin. It’s a global community where people come together and I love that. And its history is phenomenally interesting. Most of all, it’s a compelling place filled with compelling stories.’

As you might imagine, Deia has inspired many books – novels and non-fiction. But if you’re after a little understanding of the village’s history, albeit fictionalised, as well as a sense of the strange power that lies behind the sunny facade and a gripping story, start with The White Goddess: An Encounter.

Written by Robert Graves’s Grand-Nephew Simon Gough, the book is richly evocative of the Deia of the early 1950s and 60s, when the young Simon was a regular visitor.

When we interviewed Simon around the time of the book’s launch, we wrote, ‘Simon’s feverish, overheated book vibrates with an energy so intense and his story is so powerful that you may well end up devouring it all at once.’

Let’s hope there’s an audiobook of The White Goddess: An Encounter soon.

As we said, Deia and the surrounding area has inspired quite a body of literature. Recent contributions include A Daughter of Deia by Jan Edwards, described as an ‘escapist Mediterranean holiday romance set in Spain’ and A Delicious Life by Nell Stevens.

A Delicious Life, described by The Guardian as a ‘playful debut novel’ is a fresh take on the story of composer Chopin and writer George Sand’s sojourn in Valldemossa, just down the road from Deia, from winter 1838 to 1839. It looks well worth reading.

If you’d like to take a deeper dive into Deia culture, do please explore this blog. From the very beginning, we’ve made it our business to write about the remarkable writers, artists and musicians who have helped create the village’s unique cultural fabric.