Along with many people I know in Deià, I’m a fan of I Have A Question Mallorca, the incredibly helpful Facebook group. In the past few months, with Brexit and the Covid situation, I and plenty of people I know have been turning to the group to help us answer a multitude of questions relating to Spanish bureaucracy. Our questions are often answered by Nick Brown.

Recently, I had a chat with Nick about how he’s come by what appears to be an enormous store of knowledge.

Nick and his wife moved to Mallorca in 2020 after living in the Strasbourg, France, area for around 30 years. A career civil servant, Nick was already retired, and his wife was about to do the same. Nick’s wife had always wanted to live by the sea, and they thought about Mallorca.

‘We’d been to Mallorca once on holiday,’ Nick explained, ‘and we were struck by the fact that Palma was a real city that we could see was alive 365 days of the year. We realised if we moved here, we wouldn’t be moving to the sticks. Also, there are the great connections to anywhere in Europe.’

I was surprised that, as such a recent arrival to the island, Nick seemed to have learned the language well enough to find his way around Spanish government websites so quickly.

‘I haven’t lived in the UK for 40 years,’ he said, ‘and I speak Dutch, French, and German. So I guess I have an ear for languages. Also, my wife and I don’t want to be thought of as typical giris (foreigners) so we work at it. Having said that, I sympathise with people who come here and don’t particularly want to learn the language, especially if they’ve retired. Moving to a new country is stressful enough in itself without having to work on the imperfect subjunctive when you could be relaxing in the sun.’

Even if you’ve lived here a long time and can understand the language, Spanish bureaucracy and the government websites one has to wrestle with still seem unnecessarily complicated and often nonsensical.

‘All these things make sense if you grow up with them. It’s not as if someone here woke up one morning and said, let’s construct a system that can annoy people as much as possible,’ Nick pointed out. ‘The way my brain works is that I want to understand that system. I’m aware I’m probably an outlier in that regard.’

Getting to the truth

Nick prefers to use DeepL for precise translations, although the built-in Google Translate feature of the Chrome web browser also comes in handy if he wants to understand a web page at speed. When it comes to searching a particular term, he imagines what a Spanish search term might be – that’s using official keywords not organic terms – and uses Google.

He’s also discovered that ‘the single most useful part of Google search is that you can limit a search to one particular site. Once you’ve got the keywords and you’re limiting yourself to a single site, it’s usually pretty easy to track down what you’re looking for.’ 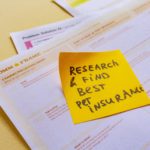 Even though it’s usually straightforward to find what you’re looking for using Nick’s method, there are other problems. As he says, ‘The Spanish government is not particularly good at translating its laws into easy to find and use information on audience-facing websites. You also have to bear in mind that some government websites contradict each other. For example, inconsistent descriptions of Covid-19 travel restrictions.’

When that happens, Nick reads around the subject and attempts to gets to the truth. If he can’t find it, he tries to make sure that his answer on I Have A Question comes with a caveat. ‘I find it worrying when people say, “Nick must know”, especially when I don’t!’ he said.

The Spanish system – better or worse?

In general, would Nick say Spanish bureaucracy was better or worse than that of any other country he’s lived in?

‘My experience is that every country has some things it does well and others it does badly. The Spanish system is, let’s say, not as efficient as it could be in certain areas. The problem is that the expats are most likely to come into contact with the system where it’s least efficient – especially when it comes to residency. And you often encounter these inefficiencies before you have a real grasp of the language, and you’ve just moved, so you’re at your most vulnerable. Mind you, even if you arrive here speaking perfect Spanish you might be able to figure out how things work more quickly, but you’ll still come up against delays caused by inefficiency and pure bureaucracy.’

Given that navigating the system is so challenging that most of us do everything we can to avoid having to do so, I wondered why Nick is so active on I Have A Question.

‘I have a desire to be useful for people who want to be helped,’ he said simply.

If you’re not a member of I Have A Question and you live or spend time in Mallorca, I’d suggest you become one right away. It’s an incredible resource.

Photo of forms by Daria Nepriakhina on Unsplash