One of the great joys of living in Mallorca is the never-ending flow of delicious, healthy Mallorquin olive oil that soon becomes an integral part of your diet.

Mallorquin olive oil is one of the simple but profound pleasures of life on this island. But we should never take it for granted.

For what follows, I’ve plundered Tomás Graves’s most excellent book, Bread and Oil, his fascinating celebration of Mallorquin pa amb oli – bread spread with olive oil, garlic, tomato and whatever takes your fancy.

The Greeks, Romans, Carthaginians and Phoenicians all cultivated olives on Mallorca. When the Moslems colonised the Balearics in the 10th century they built the island’s olive terraces and introduced new varieties of olive from Andalucia which were grafted onto the local fruit.

As was the case in many parts of the Mediterranean, the olive became a fundamental part of Mallorquin culture. Tomás writes ‘the olive tree provides shade in summer, timber in winter, beautiful wood to work with, fruit to eat and an oil that serves as a fuel for lamps, as a lubricant, an unguent, as a medicine and as the basis of all cooking’.

Mixed with lemon juice and bergamot, it can also be used to make a perfectly effective suntan lotion. I know, I’ve done it. It’s rather pungent but a fraction of the cost of commercially produced stuff.

By the 15th century, 200 years after the Christians took back the island, Mallorquin olive oil was the island’s biggest export. ‘Olive oil…laid the foundations for the wealth of Palma as a trading port, with the help of the Jewish community who ran the business side of things.’

The olive groves, which were mainly on the hillsides and mountains of Mallorca gave work to ‘woodcutters, stonemasons, ploughmen, grafters and pruners… and teams of gallufes.’ These were girls from the plain bought into harvest the olives, accompanied by a chaperone.

When phyloxera disease wiped out the grapevine across Europe, leaving Mallorquin vineyards temporarily unscathed, olive trees – on the plain at least – were uprooted to make way for vineyards. By the time phyloxera did arrive, the almond was becoming a big cash crop which also affected olive cultivation.

Up until the 19th century, every large farm would have had its own olive oil press. Today, nearly all these have gone and people take their olives to Soller or Caimari on the slopes of the Tramuntana mountains. Every year Caimari throws a picturesque fiesta to celebrate the olive and its oil and the village’s ancient streets are carpeted with olive leaves. It’s well worth a visit.

From the 1950s onwards, with the arrival of mass tourism, farming of all kinds went into decline. Families who owned olive terraces in the mountains were no longer enthusiastic about the hard work of cultivating the fruit. The mountainous terrain makes it impossible to mechanise olive cultivation as is the case on the Spanish mainland.

Now, the amount of olive oil made on the island is a trickle of what it once was.

But this means that what is produced is pretty valuable. In Bread and Oil, Tomás writes that a litre of Mallorquin olive oil costs double what is paid in Andalucia, because of the demand for local produce.

Apparently, the quality of an olive oil comes down to how acid it is. The more acid, the rougher or stronger the oil it tastes. Mallorquin olive oil is less fruity or spicy than other varieties because it has higher acid content. But this also gives the oil its powerful flavour, which is what Mallorquins love. Especially when it’s pa amb oli time.

In 2002, the Denomination of Origin ‘Oli de Mallorca’ was introduced. Mallorca’s best olive oils, produced using the mallorquina, arbequina and picual varieties of the fruit, all carry this denomination. The olive oil made from olives grown at luxury boutique hotel Belmond La Residencia, Deia is one of them.

Belmond La Residencia has around 2000 olive trees between 400 and 500 years old. The hotel’s gardeners gather them by hand and using electrical equipment. Hotel Deputy Manager Jordi Vicens oversees the harvest and the making of the olive oil. 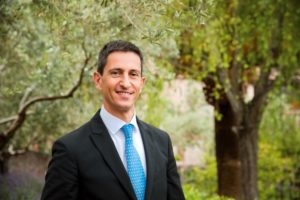 Jordi was born in Soller, where much Mallorquin olive oil is produced. His family have always cultivated the olive trees on their land and made their own oil. You could say olive oil is in his blood.

‘The hotel has its own olive trees because they belonged to the two fincas that were combined to make Belmond La Residencia in 1984,’ Jordi told me. ‘We cultivate the olives and make our own olive oil to honour and preserve the traditional finca philosophy, not for profit.’

Between 5 and 10% of Belmond La Residencia’s olives are pressed in Soller, making around 1000 bottles which can only be bought from the hotel’s shop. The rest are eaten by the donkeys and sheep that graze on the olive terraces.

I asked Jordi how he would describe the taste of the hotel’s oil. ‘It’s made using the mallorquina olive which comes from the wild trees of the island. Because out trees are very old, the oil is a little more golden than usual and has a strong, fruity, aromatic taste. I make pa amb oli with our oil and it’s delicious.’ 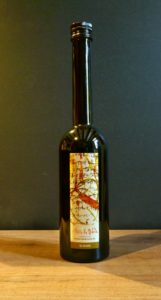 And what about the future of olive oil production? ‘Demand for local, organic Mallorquin products is rising constantly,’ Jordi said. ‘Mallorquin olive oil itself gets better all the time, like our wine. Which can only be a good thing.’

If you’d like to buy Mallorquin olive oil made from Belmond La Residencia’s olives, Jordi invites you to call into the hotel which is opposite Charles Marlow’s office in Deia.